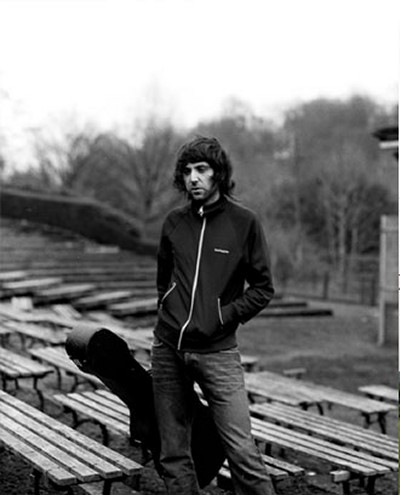 It’s a cold and snowy Thursday in Aberdeen, me and my mate head out in the car to Cellar 35 for a guy called Ethan Ash’s EP release.  After entertaining the street trying to parallel park, we rush inside, coz tonight we both dressed very suitably for the snow, I’ve got converses and a cardigan on, but have “wintered” myself up by putting on a scarf and two pairs of socks, clever thinking!  Inside, there are four people playing darts, and I was informed that Ethan had pulled out of the tour.  Brilliant.  Don’t you just love when a plan comes together…or not!  So we hung around to watch The Last Battle, Amber Wilson and Yusuf Azak.

I’m not a huge fan of Cellar 35, I’ve only been once before but it’s kinda like sitting in your grans front room listening to your cousin playing some instruments, its cosy.  Although it wasn’t on Thursday.  My winter clothes weren’t keeping me warm at all, and don’t get me started on the loo, could see your own breath!  Talking of the loo, it’s so nice getting up close and personal with the bands trying to make your way to the loo, and don’t tell me I’m the only one who always trips on that ledge getting into the cubical!  Anyway, I’ll stop moaning on about the venue and get on with the music, I blame the grumpiness on the weather.

First up was a band called The Last Battle, a traditional folk type band, usually a seven piece but performing as four tonight, from Edinburgh.  I’m not sure what all seven usually do, but tonight we had an acoustic guitar attached to a male singer, a female singer, a cello and a bass guitar.  I wonder what happens when all seven perform together, because at times when the bassist or cellist weren’t playing, they looked rather bored.  Whilst playing, I thought they were really professional sounding, and I liked how the female and male voices complimented each other.  Unfortunately, between songs, I thought the professionalism faded, with band members giggling with each other and making private jokes, which weren’t explained to the audience.  Maybe if you’re an avid follower of the band, you may be included in this, but I personally thought it let down the band.  Didn’t catch the names of many of the songs, but there was clapping, a harmonica and a song which they are going to record with a choir involved.  Might have a listen to their music, if I’m honest, it isn’t really my cup of tea, although I can appreciate what they are doing is good.

Next up was Amber Wilson.  About a year ago my friend recommended Amber Wilson to me, and I’m a little sorry to say I downloaded one song, and never listened to it.  I was surprised at how young Amber looked, extensive google searching has yet to throw up her age, but I was expecting someone a little older as her voice sounds really mature and just amazing.  Another seven song acoustic set (this evening is full of them), and Amber, a reviewers dream, introduced each song by name.  Although I really like Amber Wilson’s voice, I found myself drifting off a bit, my mind started wandering and I was thinking about other things; is my tooth wobbly, where did I put my gym stuff, and bloody hell ain’t it cold!  Amber was performing with a guy on guitar, I believe his name is Nassim Donald (please correct me if I’m wrong).  I like the contrast between the voices, and I think his voice added depth to the songs.  The last song they performed, The Wolf, I think his woo’s overpowered Amber’s voice in some points.  Overall, I thought Amber’s set really reminded me of Damien Rice’s O album, beautiful, simple and understated.

Finally, Yusuf Azak, who played a (guess how many!) seven song set.  One man and his guitar playing acoustic music, but unlike anything I’ve heard before.  The way he plucked his guitar, and the amazing movement of his fingers was quite fascinating to watch, however, I was a little disappointed as some of what he tried, I felt he didn’t quite get right, slightly missing what he was aiming for.  His speaking voice is lovely, smooth with a soft Scottish accent, surprisingly as he was brought up in Aberdeen and now lives in Glasgow.  Unfortunately, when he started to sing, this slurring, drunken sounding voice came out, not quite the same, but verging on a Paolo Nutini slur.  During the set, he played a mixture of songs from his new EP, Turn On The Long Wire, and covers, including Bob Dylan and Grizzly Bear.

So, all in all, it wasn’t a great evening for me.  I respect all bands or singers that can stand up in front of a room of people and play their material, even more so when it’s a tiny room and there’s about 25 people waiting and watching.  The Last Battle were professional sounding, but I was let down by the bordem of members and the private banter between songs.  Amber Wilson, amazing amazing voice, but just not for me on that particular night.  And Yusuf, interesting voice, interesting guitar playing but not quite hit it right on.  I think I’m gonna have a listen to each band again, and may recommend them to my more laid back music fan friends.