Walking into the Willowman arena, it felt like stepping back in time a year. There were subtle changes – the Willow Wobbly tent was oriented differently, the acoustic tent was bigger and the busk stop was maybe in a slightly different place but apart from that it was like we’d never been away. 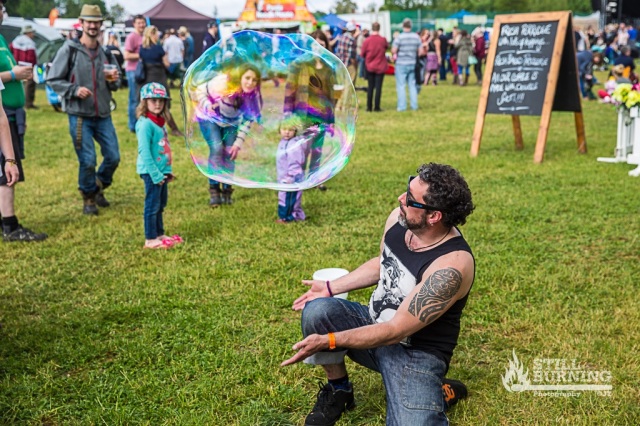 Once again we were lucky with the weather too – it was maybe slightly cooler than last year, but fine and dry with the only rain being after the last act on the Main Stage was over on the Sunday. Perfect timing in fact.

The opening entertainment on Thursday night, which we didn’t arrive in time for, was an Andy Kershaw DJ set in the Willow Wobbly tent along with the Mad Hatters Dance tent (which was headphone only after 11 pm).

The Main Stage and Willow Wobbly stage work back to back with no overlap. Between them was the merchandise tent. You just migrated back and forth between the Willow Wobbly tent (which also contained the bar) and Main stage. The Mad Hatters Dance tent was towards the back of this area opposite the Main Stage. The Acoustic stage was over in t’other field, with a fire-pit (where folk could, if they fancied, gather to jam) and an area where the kids could gather to play (with the usual Willowman Games on the Saturday afternoon) jam packed with toys & other bits n bobs to keep them amused for hours. Between these areas there was a selection of food stands and miscellaneous stalls. Camping and parking were both close by – there were no big hikes needed to get anywhere.

Willowman is a very relaxed festival – as it’s quite heavy on reggae and blues there’s no surprise that it’s so laid back. It’s also very family friendly, safe, and probably an ideal introduction to music festivals for the very young.

The festival has a big involvement with The Pegasus Children’s Project, which provides funds for an orphanage in Nepal, and there was a café tent over in t’other field, Creative Intentions, adjacent to the acoustic tent where donations were collected.

So what were my memories of the festival?

Friday
Frankie and the Heartstrings were a pleasant way to spend a half hour or so, very catchy tunes by a fresh faced indie band from Sunderland and Talisman brought memories back of The Wailers from last year as they entertained us with their reggae beats.

I spent part of the Echo and the Bunnyman set balancing precariously on a stool in the crowd, trying to stay steady enough to get some long lens images. We’d all been banned from the photo pit at the last moment. Ah, the vagaries of the famous.

Saturday
We remembered Charlotte Yanni from last year – she had joined Bessie & the Zinc Buckets on-stage for a song giving us a taster of what she could do, before performing an acoustic set with the bassist (together they are Frog on the Tyne). This year we got to see her and her band do a full set – well worth the wait. She’s a lovely, funny lass – with an interesting French/Geordie accent that has to be heard to be believed.

Goldblade were a mass of sweaty energy in the Willow Wobbly tent and then we had Mr Willowman, Steve Williams, with The Willowman All Stars Blues Band, on the main stage. Dreadzone were an interesting lot – despite sitting on a stool for the entire set, the front-man was more lively that most I’ve come across, providing some alternative percussion with his walking stick.

We spent a lot of the afternoon in the expanded acoustic tent, as it had was playing host to the finals of the AMP (Association of Music and Promotion) Awards… 6 acts culled from the cream of young bands from 6 locations around England and judged by Beth McCarthy and Curtis Thewlis Johns. 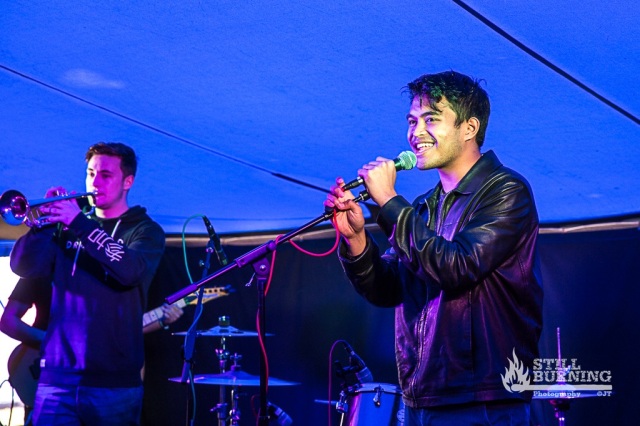 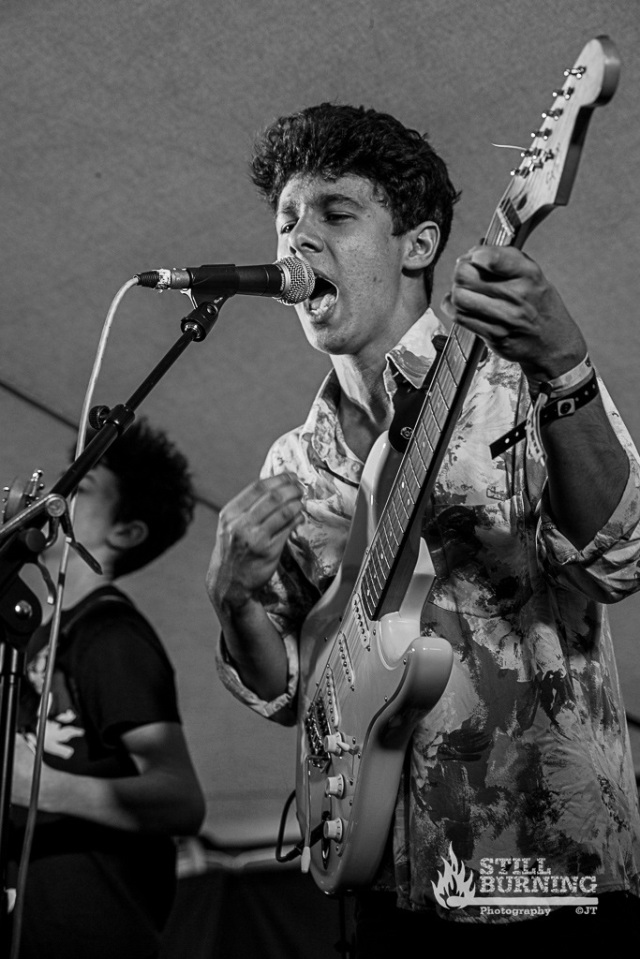 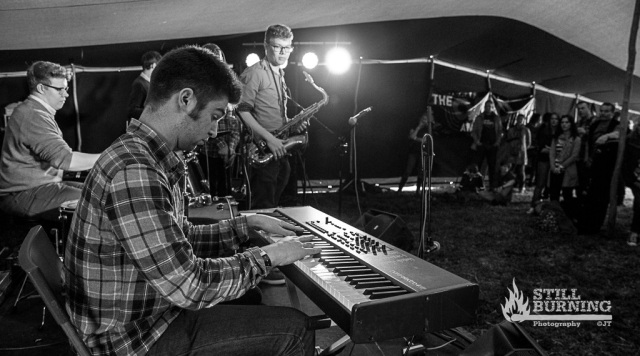 It was some great experience for these young bands – well done to them all to making it to the finals – but there can only be one winner and that was Paradox Void (my personal favourite) from Doncaster; congratulations to them.

Sunday
We seemed to spend a lot of the last afternoon chatting to folk – Sundays at Willowman are just so relaxing – but we did find time to catch some of the music.

One of the bands I had been looking forward to was playing in the afternoon. Surrounded on either side by fairly laid back acts, I suspect Electric River came as a bit of a shock to those lazing in the afternoon sun. Having lost their rhythm guitarist earlier in the year I was looking forward to seeing how they were managing as a three piece – rather well as it turned out. Great to see the lads again.

The Alan Hull Songbook followed – well, I don’t know about you but I was unfamiliar with this songwriter – or so I though. He may have passed on at the young age of 50 but he left a prolific legacy. Dave Hull-Denholm and Ian Thomson from Lindisfarne were there to remind us of that legacy.

I’d listened to some You Tube videos of Hazel O’Connor from a year or so ago and was a bit concerned as her voice seemed a bit weak – but thinking about it, she is now 60 so she’s not going to perform the same way she did 35 years ago. Her performance isn’t so punky now but that is hardly surprising. She still has that gravelly voice and intersperses the songs with little stories about how and why she came to write them. The sax solo by Claire Hirst at the end of ‘Will You’ drew me out of the Willow Wobbly tent, where I had retreated for a drink and I found myself singing along to ‘Eighth Day’ along with the rest of the crowd at the end, leaving me with a hankering to watch Breaking Glass again. On keyboards, Sarah Fisher makes up the trio on stage – minimalist and a mellow way to see off the Willowman main stage for the year. 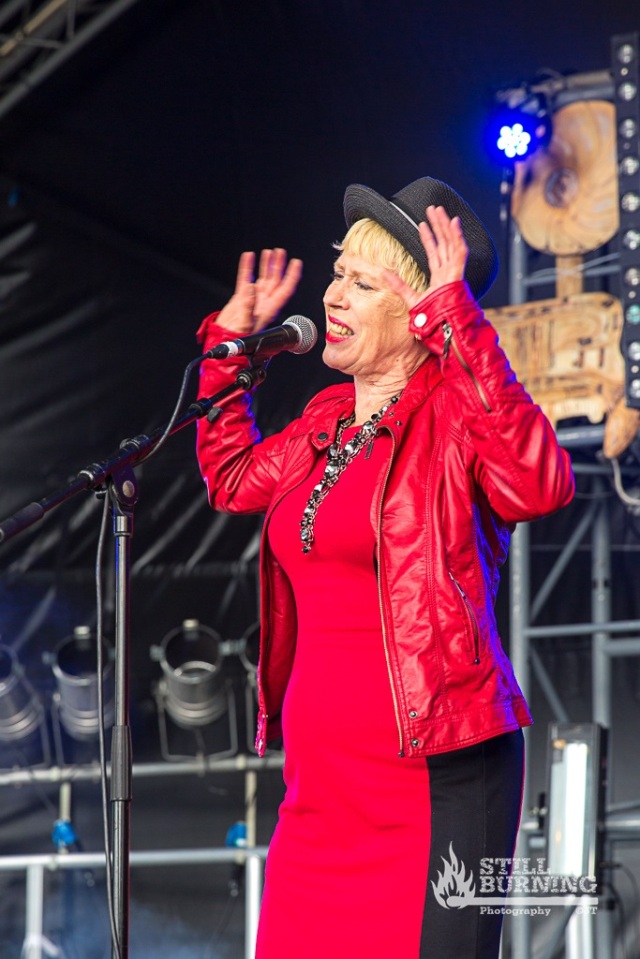 The last band of the festival, though, was a total contrast – a packed out Willow Wobbly tent hosted the very loud, fast and bouncy Ferocious Dog. If Hazel left you so relaxed you were feeling the need to nap, then this bunch of lads certainly woke you up with a bang and left you in a sweat at the end. It was an earlier end to the day than last year, due to imposed curfews, but it was also welcome as I was pretty tired by then.

You can take a look at more images from the 2015 festival in our flickr gallery, here.

Willowman’s seventh year is looking great, with The Undertones, Stereo MC’s and The Beat headlining, along with Glasgow’s Esperanza, The Membranes, Mad Dog Mcrea, Misty in Roots and The Real People along with many other, mostly new bands for us to discover – one of the big perks of visiting a festival that’s further afield.

Boutique camping is new this year, there’s the Beat-Root cafe for relaxing with a coffee & a fresh baked cake, lots of activities for the kids – including circus skills workshops, storytelling, the Mad Hatters tea party and the Willowman Olympics. The AMP Awards returns bringing us some fresh new talent. For the brave among us, there are open mic sessions. Real ale is served in the Willow Wobbly tent and there is a selection of international food vendors and fresh fruit drinks from Smoothie Mania. I just hope the fish finger buttie van is there again.

Tickets are a real bargain at £70 for 3 days of music. Go on, treat yourselves…