Vampires Rock is a fabulously, flirtatious fantasy of rock anthems, comedy,
sexiness and blood! The lead role, of Baron Von Rockula, was played by
the wonderfully talented Steve Steinman who also wrote, produced and
directed the show.

With music from Meatloaf, Bon Jovi, Billy Idol and Queen to name but a few, expertly played by the very Goth looking ” Lost Boys “, the audience were up on their feet  in no time at all.

One of the many crowd pleasers of the night was when Von Rockula’s
love interest, Pandora, and Hangman Bird did their excellent rendition of
Don’t Stop Believing. It certainly blew the Glee casts version out of the water!!

The Lost Boys provided lots of eye candy for the females in the audience
and the men were kept more than happy by the scantily clad, writhing dancers.
A special mention should be given to Bossley, Von Rockula’s moronic, risqué
janitor who had a fantastic singing voice.

I was a Vampires Rock virgin at the start of the night but I’ll certainly be going back for second helpings next time it’s in town.   Rock Chick 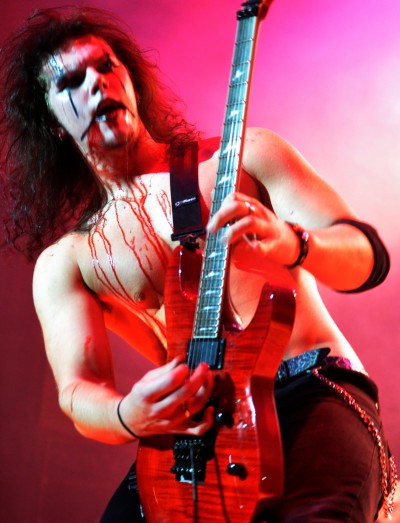 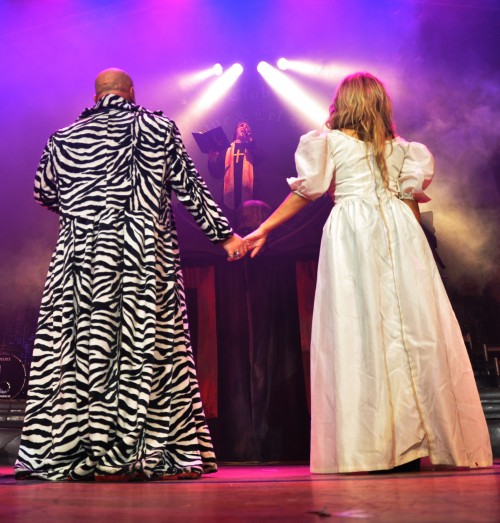 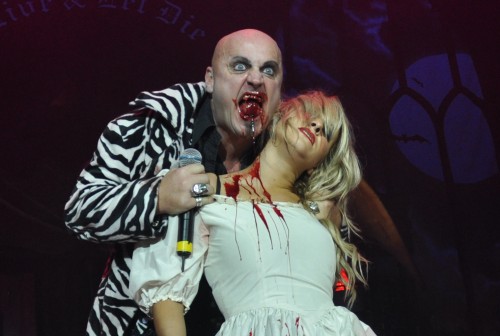 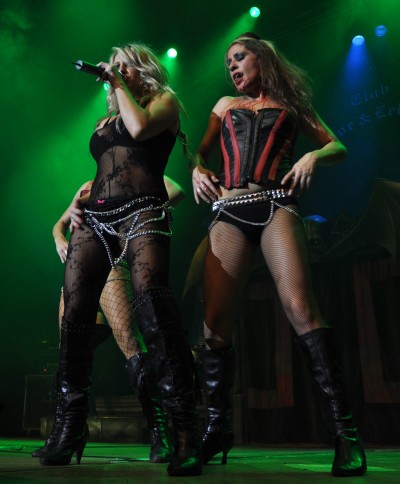 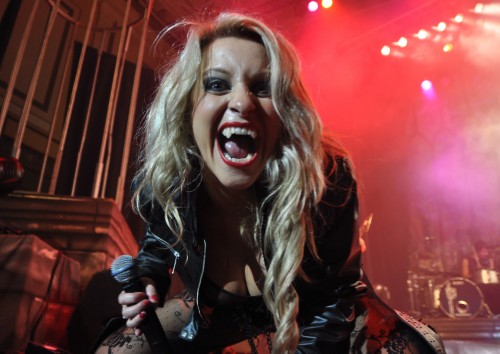