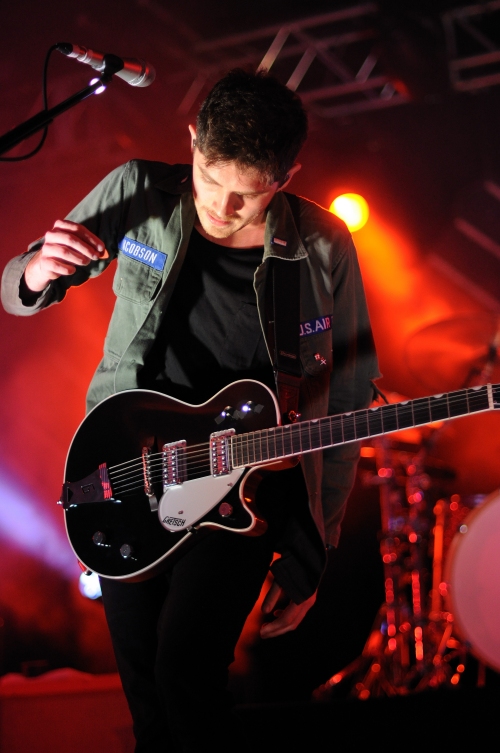 I’m sure by now, we’re all aware that Scottish crowds have a certain kind of spark that bands and artists find irresistible. If your music is good, then rest assured, we will go crazy for you during your performance, regardless of which part of the world you come from. However, when a Scottish band is put in front of a Scottish crowd, some sort of magic happens. What would be an average night on tour for the band suddenly transforms into a wonderful amalgamation of drunken declarations of love, violent head-banging and endless energy – all of which directed at the band on stage. And this was certainly no exception when it came to Glaswegian four piece Twin Atlantic’s gig at the Music Hall on Monday.

California’s Dead Sara were the first of two support acts to take to the stage. It was refreshing to see not one, but two, talented female musicians at the core of the band; vocalist Emily Armstrong and guitarist Siouxsie Medley. There are not many females in the hard rock genre, so seeing two sharing the same stage seemed to be a blessing. Armstrong’s vocals are impressive, possessing the ability to switch from beautifully sung ballads to emotive screaming almost instantaneously. Her voice is gritty and raw, complimenting the impressive guitar riffs that Medley was providing at the side of the stage. Drummer Sean Friday and bassist Chris Null also deserve credit. Friday’s drumming skills provided the heartbeat for the band’s songs, whilst Null’s bass riffs were so impressive, they seemed to tear straight through you. Armstrong interacted with the audience between songs, and showed signs that she, with a bit more practice, will become one of the most memorable front-women of recent times. The musical escalation towards the end of ‘Face to Face’ is astounding and something that I won’t be forgetting anytime soon. The way in which the band take their music and pile on layer upon layer of raw emotion is an art that many of the other bands in Dead Sara’s genre are not bothering to work upon, which is probably why the band are beginning to get the praise they fully deserve. When it came to their stage presence, the band stayed consistent throughout their set. They rocked out by headbanging in their own assigned spot on stage, but didn’t really move around much other than that, which is the one thing that I’d recommend they improve on. However, the overwhelming energy that each musician gave off during the band’s biggest hit, ‘Weatherman’, made up for that minor flaw entirely. The track is a rock anthem in the making, and I’m certain that it won’t be long before Dead Sara are embarking on a sold-out, headlining UK tour of their own. 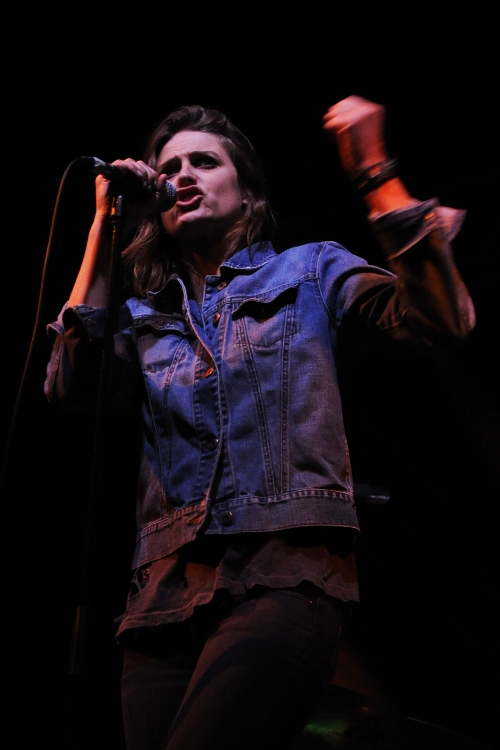 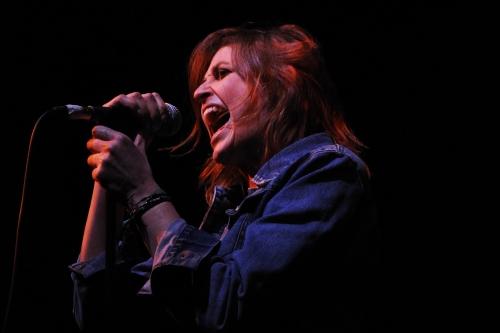 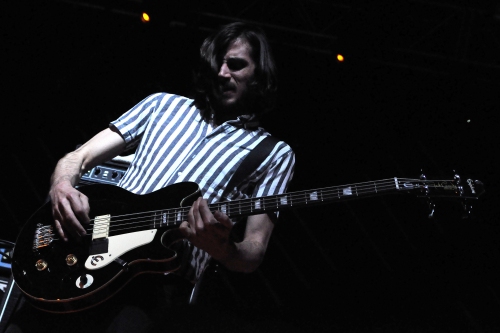 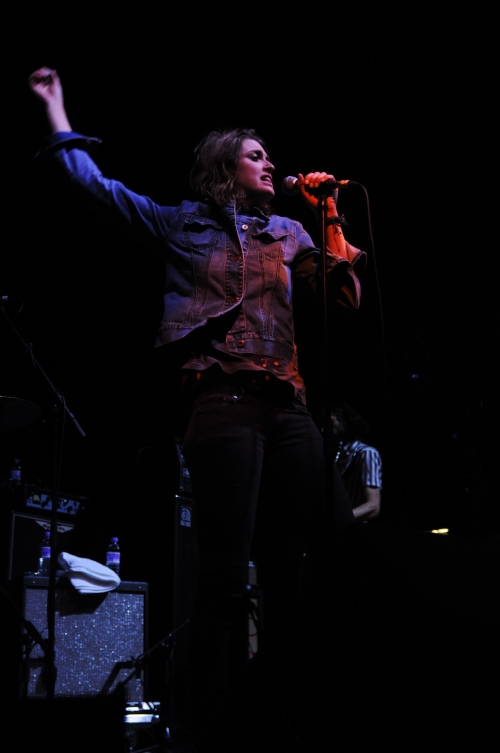 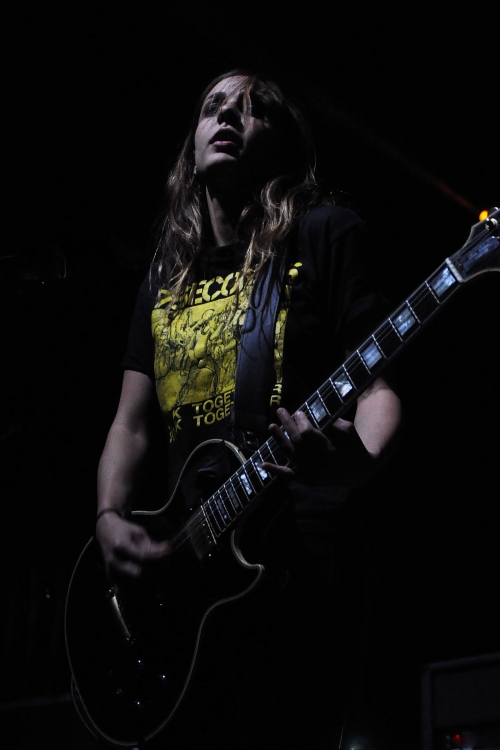 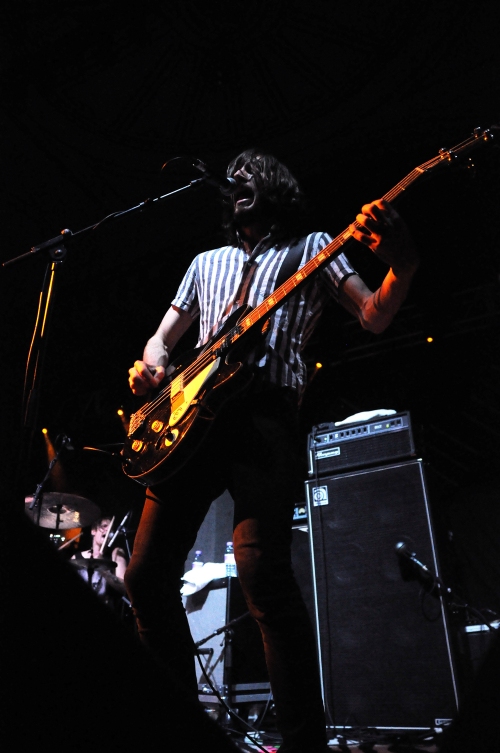 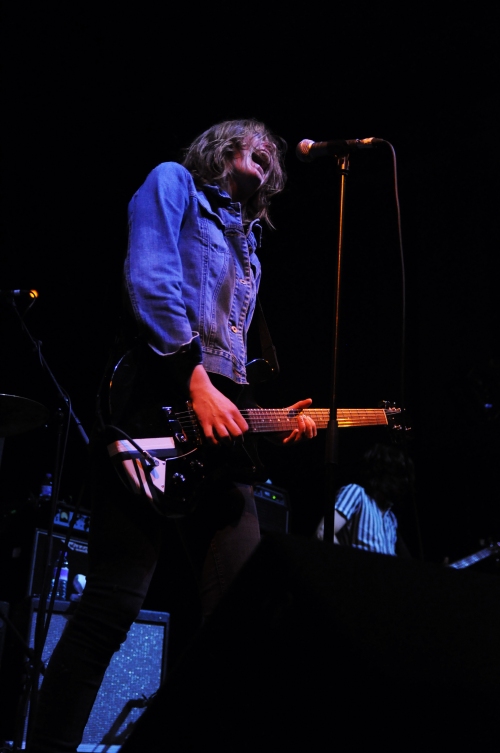 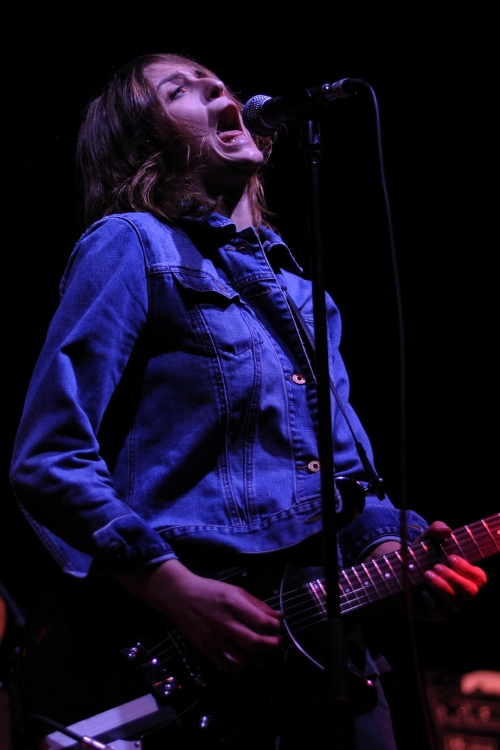 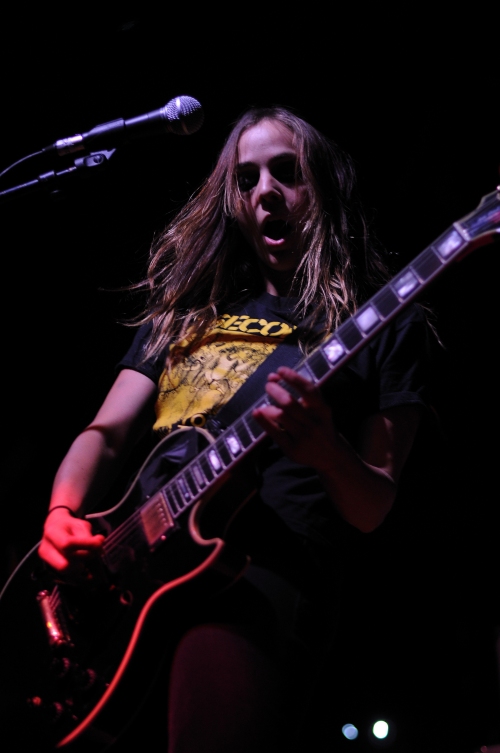 Charlie Simpson of Busted/Fightstar fame provided the second and final support of the night with a collection of his own songs. A few members of the audience shouted out the usual things that I’m sure Charlie has heard a million times before… mainly things to do with Busted and the year 3000. A lot has changed since his days in Busted however. He provided a much calmer, indie rock meets folk element to the night, but in no means slammed on the brakes whilst doing so. Simpson’s vocals were on top form, and the way he harmonised with his backing singer throughout his set was enough to make your heart melt. Perhaps, on paper, Charlie Simpson is an odd choice to support Twin Atlantic, but call it intuition or just good luck, the crowd loved him. Between his humble onstage nature and his undeniable musical talents, it was safe to say, he was a hit. By playing songs such as ‘Down Down Down’ and ‘Parachutes’ early in his set, he quickly charmed the crowd into a frenzy. The way ‘Down Down Down’ changes from an acoustic ballad to an upbeat folksy track never fails to get people moving. The infectiously catchy ‘Cemetery’ was the highlight of the set however. As the end of the song approached, the band stopped playing so all that was left was Charlie and his backing vocalist’s harmonising vocals and the beautiful sound of an audience’s synchronised clapping. Simpson, clearly feeling the love, went over to one of his band members and kissed him on the cheek, much to the amusement of the audience. Cheekily, he returns to his spot on stage and joins in on an epic outro before leaving the stage to the sound of thunderous applause. Those who were jeering him at the start of his set were noticeably quiet by the end of it. 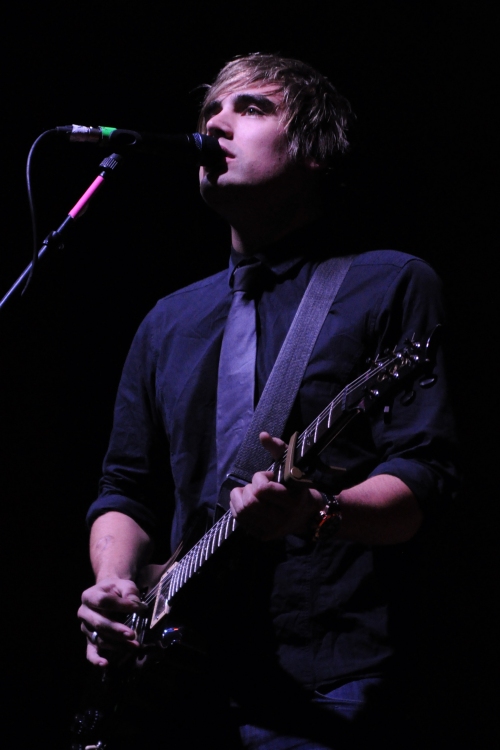 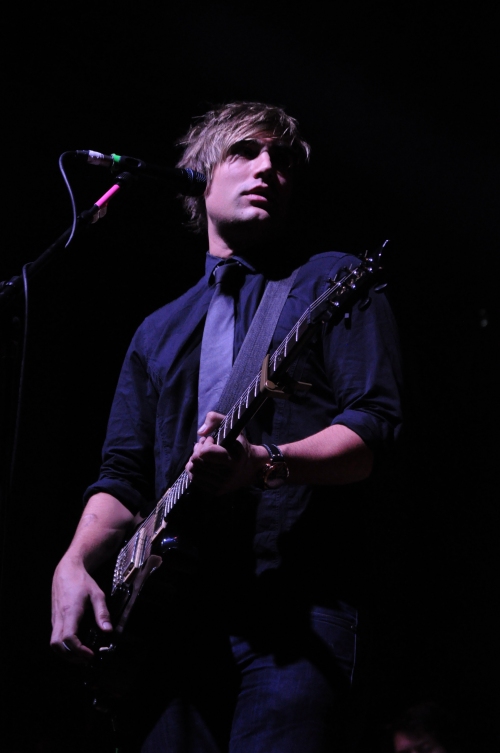 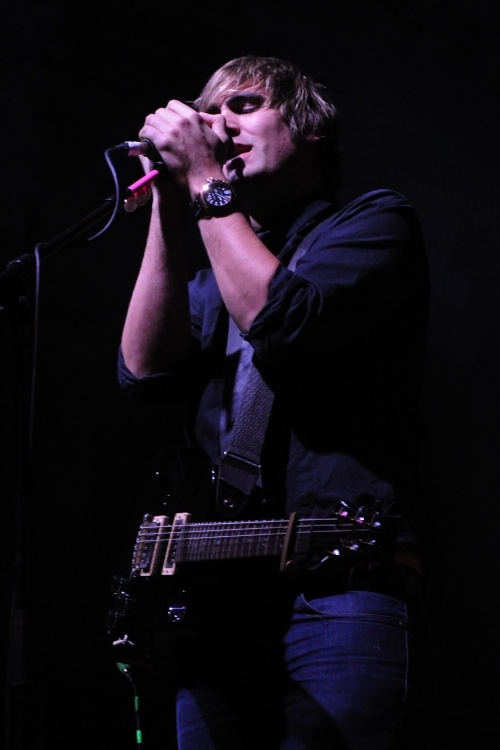 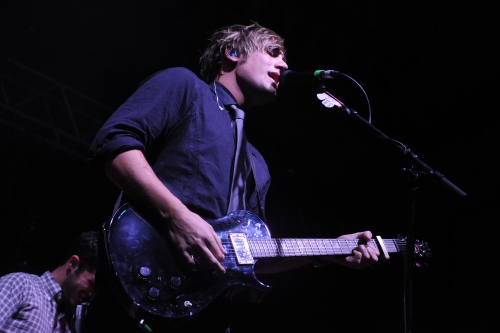 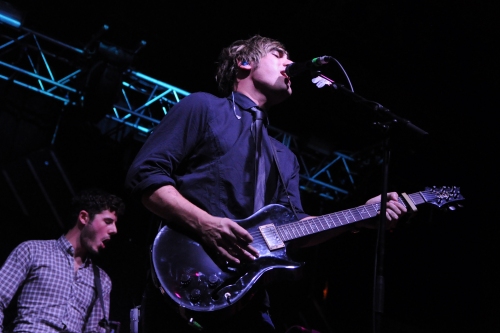 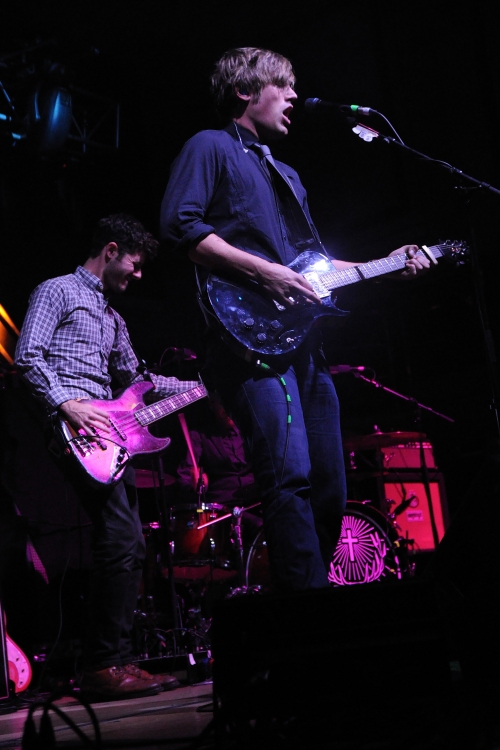 Directly after Charlie Simpson was finished his set, a white screen went down, separating the audience from the stage. A playlist of music blared through the speakers, ranging from crowd favourites Blink 182 to the much more controversial choice of One Direction. The entire audience emitted a loud groan, before the majority of said audience members burst into ‘What Makes You Beautiful’. Nothing is funnier than seeing a crowd of self-confessed rockers singing along to something as shamelessly catchy as One Direction. The people in charge of the playlist redeemed themselves by putting on Queen’s ‘Bohemian Rhapsody’, which provided an intro to Twin Atlantic. As soon as the instrumental kicks in after he sings “Beelzebub has a devil put aside for me”, there was a huge wave of synchronised head-banging, the likes unheard of since that ‘Wayne’s World’ scene all those years ago. If you want to bring an audience to fever-pitch, playing them Queen’s biggest hit moments before a curtain falls and reveals your band seems like a pretty good way to do so.

The headliners started off with the epic ‘Time For You to Stand Up’, which provided a nice warm up for the already ramped up crowd. Energy levels reached new highs however once the distinctive guitar riffs of ‘Dreamember’ erupted from the speakers. Front-man Sam McTrusty proved himself to be quite the vocalist, despite problems with his throat muscles only a few weeks prior to the show. Bassist Ross McNae and drummer Craig Kneale’s playing were a highlight throughout the set, with their iconic riffs and beats sounding even more impressive live than they do on the albums. Guitarist Barry McKenna would make funny facial reactions for the audience’s amusement, whilst he effortlessly provided an amazing foundation for the rest of the band to build up on with their instruments.

One of the highlight’s of the headliner’s set was the first half of ‘You’re Turning Into John Wayne’, which contained only McTrusty’s unique vocals and McKenna’s beautiful guitar playing which evoked a feeling of melancholy that is undeniably present in the song. It’s a breath-taking intro into one of the band’s more thoughtful tracks. Directly after that slower song however, they brought the tempo right back up with crowd-pleaser ‘Eight Days’. Kneale’s drum intro to the song was flawless and deserved to be appreciated far more than it actually was, with the same thing going for the amount of technical moves McKenna was pulling on his guitar. New song ‘Brothers and Sisters’ also got a great reaction, with Twin Atlantic’s new material proving to be just as impressive as their older songs.

By ‘Crashland’, the crowd had joined forces to shout McTrusty’s lyrics right back at him. The front-man, who is often moved by such displays, was on the verge of tears. The way everyone’s voices blended together to make such a harmonious sound was beautiful, and it made me proud to be able to say that I was a part of that, however small. The band members seemed to share this sentiment, overwhelming joy written all over their faces as they looked out to the sea of faces in the crowd, and then back at each-other, smiling in ways that seemed to say “We made it”. Their raw stage energy had kicked in full force by the end of the set, finishing with the anthem ‘Make a Beast of Myself’. As they released a number of exercise balls on the audience, McTrusty took the time to thank the audience for the support they’ve shown the band over the years. Despite acknowledging how cliche and cheesy it may sound, he felt as though it was necessary to say “Thank you for making our wildest dreams come true”. Twin Atlantic finished their set with an epic instrumental outro that ensured the audience went home not only deafened, but deeply satisfied.

My friend told me that Twin Atlantic were one of her favourite bands to see live, and only now, after finally witnessing one of their shows for myself, can I truly appreciate why this is the case. 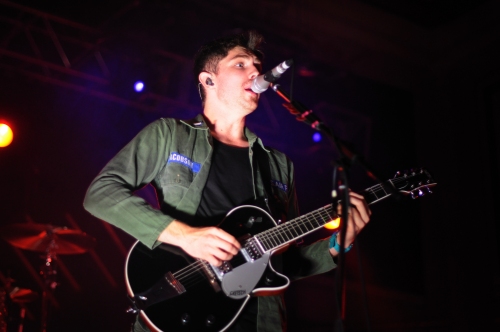 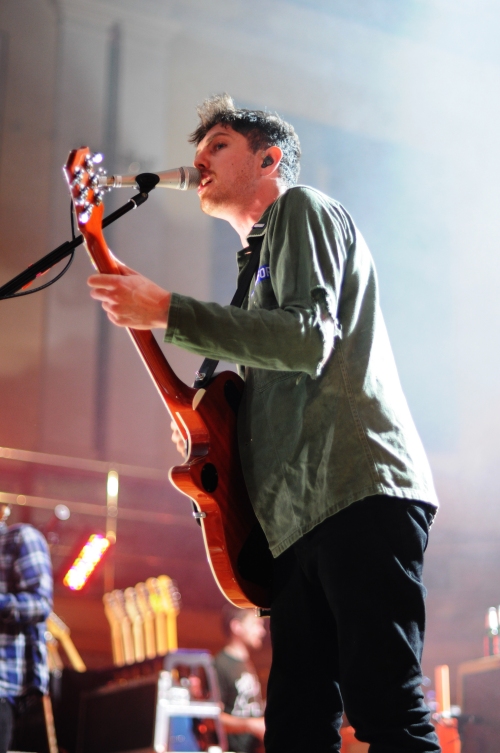 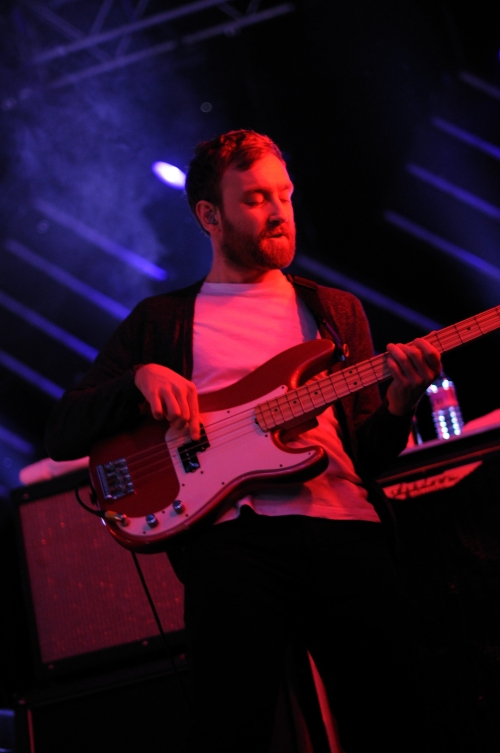 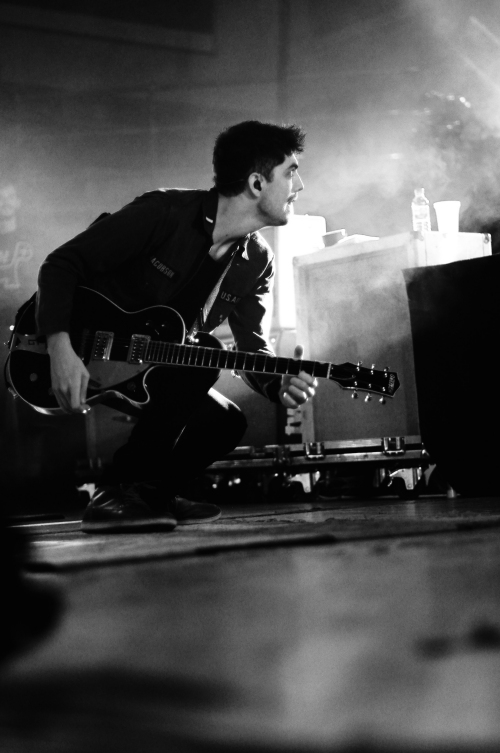 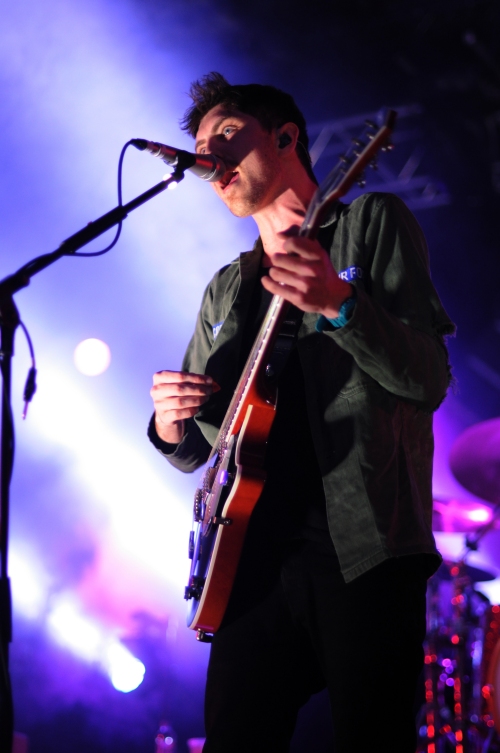