The curtain pulled back and there was no band on stage, only a screen behind the equipment showing a video montage of British political history figures. When photos of the current Prime Minister David Cameron came on the crowd boo loudly and the band casually walked on stage.

We were straight into “Gangster” and everyone was singing along and dancing. The first four songs were over in a flash and we got the regular intro from Neville “This one is for the bouncers! Big Big Monkey Man!” The bouncers earned their money as about 50 people come over the barrier during the show. On a sad note Neville was hobbling along, years of entertaining has taken its toll. He doesn’t run about anymore and sits on the speakers every now and again, but a like true entertainer the show must go on.

Lynval introduced “Too Hot” which seemed very apt as the place was like an oven. The crowd consisted of mainly those in their forties and all are up for dancing but most cant keep up with the pace of the teenage element that are down the front doing what we could do maybe 30 years ago.

Lynval played his guitar with a big smile on his face, Roddy played in his rock n’ roll style with drape suit and creeper shoes on, dipping down and swinging his arms. Terry was sullen as ever but a great front man who hardly moved from his spot the whole night. He did almost break into a smile (I must have missed it) when he told the crowd that they made him smile on this wet and miserable day and could they come on the rest of the tour with them. Horace boomed his bass along with Brad on drums who was almost in the shade, but put them all together with Nik on keyboards and the brass section and you have one almighty band.

“Doesn’t make it all right” came up and even 30 years after they first played it, it means as much today as it did then. The band always tried to break down racial barriers and lyrics like – “Just because you’re a black boy – Just because you’re white – It doesn’t mean you’ve got to hate him – It doesn’t mean you’ve got to fight”!  sums it up, we all are one people and music brings us all together.

On this tour we got some more tunes from the second album including “Pearls Café” which got everyone singing “it’s all a load of bollocks” even though it certainly wasn’t! It was one of these nights you just want to go on and on.
As my favourite Specials song, “Do Nothing” had me singing at the top of my voice. Lynval stepped up to the microphone and said “well done Scotland for not getting involved in the recent riots that had swept England, this is for all the morons out there” and “A Message to Rudy” was played. Next up was “International Jet Set” a mellow tune from the second album and a chance for everyone to catch their breath.

“Nite Klub” was an even better sing along and halfway through Terry sat on a speaker with Lynval – the band turned it down a notch and you could hear the crowd sing a whole verse. 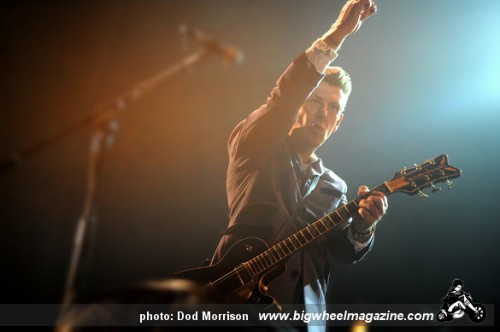 The haunting intro to “Ghost Town” was played and it signaled the beginning of the end. They went off for a short break and came back on with “Little Bitch” and “You’re Wondering Now”, what to do, now you know, this is the end… (there are rumours it might be true with the band making this their last tour,) but here’s hoping it is not. 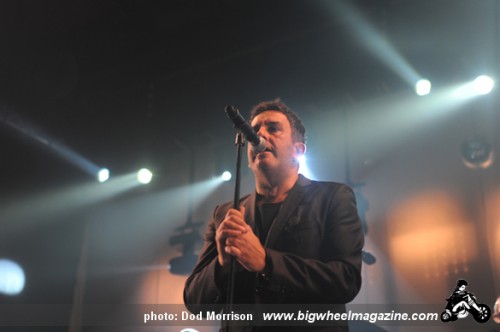 A couple of mute points.

1. Arena shows are just big sheds so they can get more people in, I prefer smaller venues and often they have better sound are more intimate.

2. One burning question on some peoples minds – can they go on performing tracks from the 2 albums they did or should they write new stuff?
My opinion is no new stuff – if it ain’t broke don’t fix it.

2 Responses to The Specials October 2011