Dexters in Dundee is a venue I’d never been to before and, like football grounds, I’ve always liked experiencing establishments I’d never been to so I’d looked forward to this event for a few weeks. None of my associates had ever been there, actually most hadn’t even heard of it. Once inside and facing the stage you find the venue is more wide than it is deep so a good view of the bands performing is guaranteed. The lengthy bar runs along the wall across from the stage. For comparison I think the stage and dance floor was a good bit wider than Drummonds and The Tunnels, which was good for a wee venue. The bar was closed off (for the bands) tonight but any bar that has silhouettes of the London Calling album cover and Liam Gallacher on the walls gets the thumbs up from me! 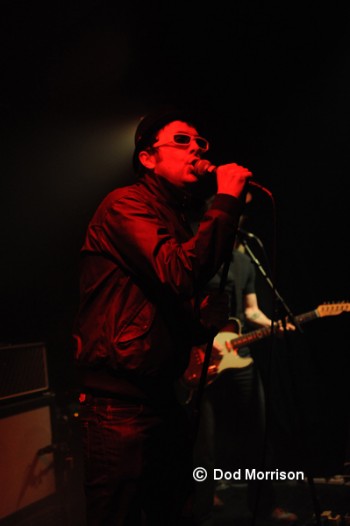 Bad news: No Peg and the Bouffants (again). Rumours of having split up which would be a BIG shame as theres not many female fronted ska bands in Ecosse nowadays. Last time I was supposed to see them was playing with Big Hand at Drummonds last year and again a no show, so a bit disappointed there. Fingers crossed they can get it together again in some shape or form.

And then there were two. First up tonight is the aka Ska who I’ve seen a number of times before and always have a large crowd out when they play in the Granite City. In short, they are a ska covers band. Now, in my opinion, if you want to be successful covers band, and I mean absolutely no disrespect by saying that, then you have to be good. People know the songs,the lyrics, the little bits of music, the brass, the drumming and so on that make it all up so you’re putting yourself in the firing line constantly playing tracks that a good number of the audience is already familiar with so it’d be so easy to not quite get the quality they need. Their set consists mainly of songs from Madness, The Selecter, Bad Manners and The Specials, squeezing 19 songs into their hour long set. 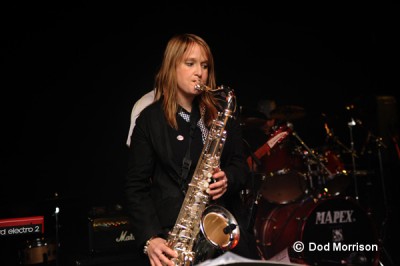 Vocalist Stephen Rafferty seems to enjoy the slightly bigger stage than hes used to delivering with passion classics such as Nite Club, Monkey Man, Deceives the Eye, House of Fun, Hey Little Rich Girl (an excellent version), Little Bitch, Too Much Too Young (big crowd pleaser), and as always some ‘Manners songs which included just a Feeling, Special Brew, Inner London Violence and of course the customary Lip Up Fatty. The ska-d up version of Geno always goes down well, especially to those who haven’t heard it before. Night Boat to Cairo closed their performance for the night, to warm applause from the crowd. 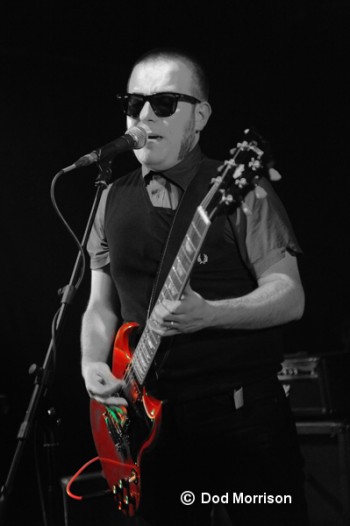 The main band for tonight are The Offenders, two Italians and two Germans and very passionate about their music. I’d already sampled some of their work so sort of knew what to expect on the night. Just to put my thoughts into perspective I have to try to imagine a Scottish band singing in Italian and then playing a gig in Milan… in Italian. I mean, how brave is that? Singer and vocalist Valerio was a much more stationary figure than his predecessor but his powerful guitar playing soon got the audiences attention. In fact this was a very powerful performance with the two guitars and keyboards all fitting in well together. Sometimes I felt the accent was hard to make out but that was probably just me (not having spoken to many Italians in my life!). An 18 song set list covering many topics that you’d probably guess such as Ready Steady Go, Police Oppression, For the Rudegirls, Live Fast, Call It Justice, Wake Up Rebels, and even an interesting version of I Fought The Law. One that seems to have stuck in my head is 1969 Brigade. 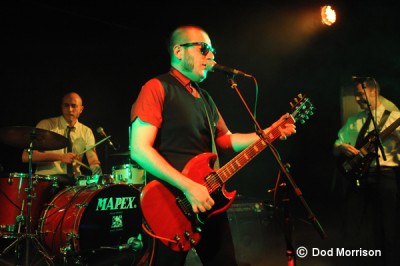 I thoroughly recommend you catch these guys at a show and hopefully they’ll be back in Scotland (well, Aberdeen to be precise ) next year. Still Burning

3 Responses to The Offenders January 2010