Another sold out arena size gig for penguingonemad as she goes along to see Snow Patrol and Everything Everything at the AECC.

If nothing else, the six piece at least proved these three words are not acceptable adjectives to describe their music with their surprisingly energetic and upbeat performance at the AECC last Monday. 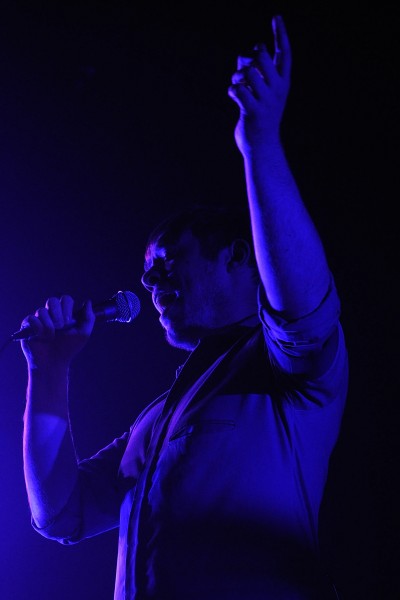 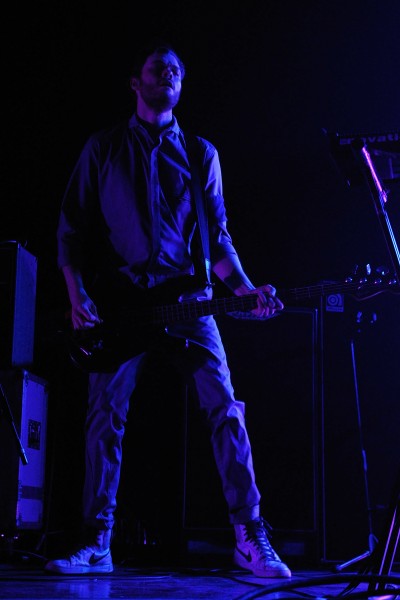 Supporting was the critically acclaimed band Everything Everything, who appear to be one of ‘those’ indie bands that have gained a great deal of publicity and prestigious award nominations over the short duration of their bands existence without you ever having heard of them.

Starting off with the upbeat number “Kimosabe”, it was safe to say that they were truly going to have to work to win over the sold out crowd. Whether it was nerves, an unexcited crowd or, most likely, a mixture of the two that was to blame for their sub-par opening songs in their short set-list, we’ll never know. The band themselves seemed like a bunch of genuine guys, with singer Jonathan Higgs thanking the audience for giving them such a warm welcome whenever he had the opportunity to and bassist Jeremy Pritchard even taking to the microphone to thank us for being so kind. Seen as bassists don’t get to interact directly with the audience very often, I found this to be a very nice little touch. That being said, it was clear that Jeremy wasn’t just a bassist from the off-set. He was also one of three backing vocalists (the other two being drummer Michael Spearman and guitarist Alex Robertshaw) as well as playing keyboard. Despite having all of these different roles to play, Jeremy’s performance didn’t suffer one bit, and it became clear that he was an invaluable member to the band.

As the band progressed through their set-list into catchier beats such as “Suffragette suffragette” and “Cough cough”, they really began to come into their own. The band, as well as the audience, began to seem as though they were enjoying each other’s company a lot more, with they exception of Michael Spearman, who, despite being a great drummer, looked as though he was incredibly bored for the majority of the time. Other than that, the only thing that I could find fault with would be the acoustics, as Jonathan’s voice was at times, very hard to distinguish.

It was only when the band harmonised together, that the true magic happened. The musicians voices blend perfectly together, and with the addition of their infectious instrumentals, it became clear why the band was nominated for last year’s Q awards ‘Best new act’.

Despite giving it their best attempt, Snow Patrol completely blew their support band out of the water within the first five minutes of taking the stage. Their performance was emotionally driven, with a set-list that perfectly blended together relatively unknown new songs such as ‘In The End’ and ‘Fallen Empire’ with the older, emotional hits that propelled the band to stardom such as ‘Run’ and ‘Open Your Eyes’. For the first few songs, the focus was entirely on front-man Gary Lightbody… literally. The rest of the band members weren’t illuminated until a couple of songs later, the audience having to squint in order to see their features. Even if Gary was not bathed in light, I think it would have been almost impossible not to notice his beaming smile, which was spread over his face for the vast majority of the show, a sign of his satisfaction with the prominently mature Aberdonian crowd. It appears that members from each age-group were drawn in to witness the spectacle of this fantastic band in concert.

Each gifted musician contributed greatly to the consistently powerful performance that Snow Patrol gave, they provided such a breath-taking show, anyone would be a fool not to count them as one of the very few bands who are better to listen to live than recorded. Brand new member Johnny McDaid was excellent on piano, and got a special mention from Gary, who asked the obliging audience to chant “Johnny!” in order to prove to him that not all Aberdonian’s want to murder him, following a scarring gig in Aberdeen where the poor man received a death threat. Gary was fantastic at interacting with the crowd, whether it was through asking them to sing, clap or chant, or taking the time out during songs to tell anecdotes about past shows. He recognised a woman in the crowd from one of the band’s London dates and told us that she had ironically fainted during ‘This Isn’t Everything You Are’ as Gary sung “Don’t keel over now”. It was the little moments, such as remembering a face from a past crowd, that gave the audience an impression that Gary is a lovely guy, and when added with his indisputable talent, makes him the perfect front-man. 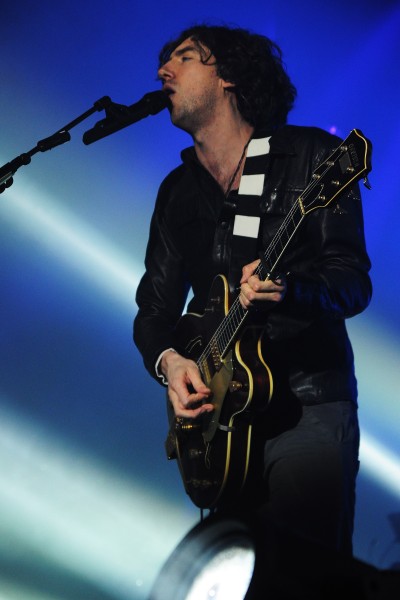 Before the band started their encore, (the band had surprisingly played their biggest songs earlier on in the set, and were now finishing with the mixture of ‘Lifening’, ‘Open Your Eyes’ and ‘Just Say Yes’) Gary got Aberdeen born tour manager Rocco onto the stage, who gave us an emotional speech:

“I was born here 57 years ago, I came back this morning at 5am to have a look around. And I remembered that two things matter in life, your health and your family… and that’s it! I’ve got my health… cause I’m from Aberdeen! *Gestures towards the band* And I’ve got the greatest family in the world.”

The sentimental tones of the speech summed up the band’s entire performance: not depressing, but inspirational. They wanted to reach out to each audience member armed only with their voices and their instruments, and as the words of Rocco’s speech, Gary’s relatable lyrics and the wails of the onstage instruments echoed in the audience’s ears, I think that it is safe to say that they managed that wholeheartedly.