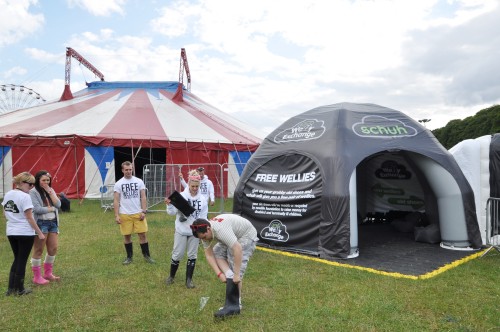 Saturday morning, a dry day so far and the early risers had got up early to avoid queuing for a shower, good plan. Always confuses me when people are surprised when they don’t get in straight away, I’ve no idea how many cubicles there are but say 40? to cater for how many campers? 8000? It’s not really hard to work out why you have to wait a bit sometimes eh? At least it’s not pissing down with rain. The above tent got my attention, hand over a pair of old shoes for a pair of wellies, must remember that for next year after my mad dash on Thursday afternoon to purchase said foot protectors.

Plenty for me to watch today but the amount of folk that’s asked me where a particular stage is, and who’s on when becomes quite annoying after a bit and it’s quite clear that the majority of folk didn’t like the idea of shelling out £7 for a lanyard with all the info. Whilst were on pricing a can of lager was £3.60, official Rockness t-shirts were £20 and hoodies £40. Food from the vans was £2.50 for chips, £3.50-£4 for a regular burger and tea ranged from £1.50-£2. The Happy Camper van catered for anyone that had forgotten any essentials (sleeping bags, tents, folding chairs, etc) although Inverness is not too far away should you want to save a few quid. The Monster.co.uk (the jobs folk) were giving away free ponchos with an inflatable pillow and torch from their signing tent (free of course, good idea in my humble, and not too busy from what I saw either).

After topping up our calorie intake we’d decided to stretch our legs and take a wee walk down to the nearby village of Dores which is only about five minutes walk from the campsite. We had to get special wristbands for this but it was well worthwhile for the views of Loch Ness which you can see below. Sometimes I just love the country I was born and bred in. 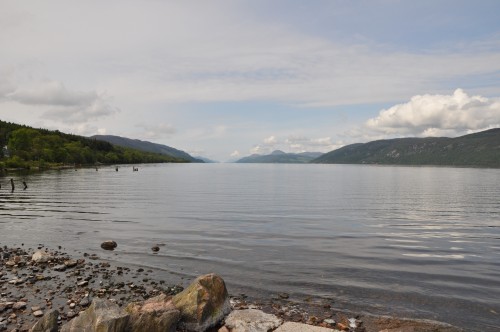 First up today was to see Sound of Guns playing an acoustic set to a packed out Monster signing tent, just a pity that it was so close to the main stage and they had to contend with the sound of dj’s doing their thing in the background. The short set (20 minutes maybe?) was well received by the attentive audience though.

Taking advantage of the slightly staggered stage times meant that we managed to check out the rather interesting Funeral Suits from Ireland and Dog is Dead in the Golden Voice tent either side of Ms Dynamite on the Main Stage. 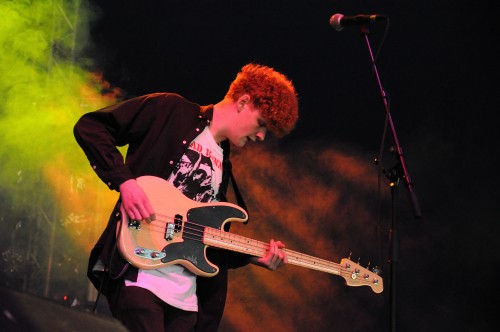 Now it was time to take a break from wandering around and enjoy a few bands on at the same stage for the first time since we got here. I’d seen the Sound of Guns quite recently, supporting The View in Aberdeen and had enjoyed their catchy rocky-indie sound then, today was to be no exception and I’m sure they have gained a few more fans, or social network followers if that’s a more suitable term these days. Singer Andy Metcalfe even managed to fit in his now trademark `climb` during the last song. I’m pretty sure these lads will be playing to fuller venues as headliners before long as it’s a genre that appeals to many gig goers. 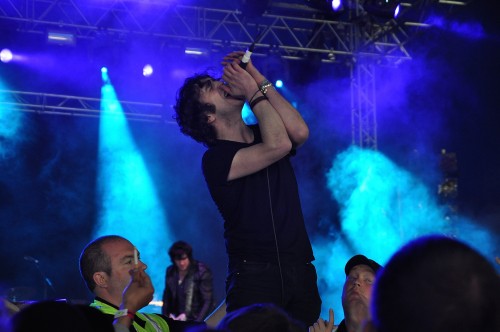 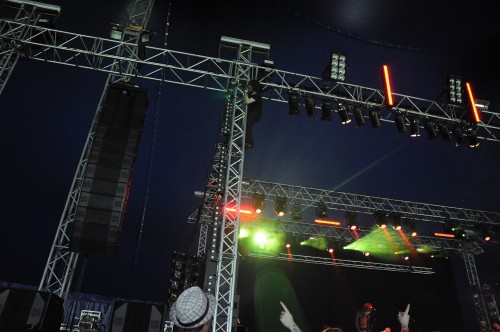 I’ve spent most of my life at 3pm on a Saturday at football matches but today was to be the first time I’d seen a band that can produce the same level of adrenalin at that exact time on a Saturday afternoon. From the blistering Rock n Roll Psychosis to the grind of Cement Mixer we get a full on show from the Jim Jones Revue, a totally animated performance that put many bands to shame. There’s plenty going on all over the stage and Jim Jones himself is just livewire. Like the first time I saw them in Aberdeen, many of the crowd were open-mouthed at such an inferno but I’m sure maybe of them were giving this a thumbs up when they got home. One of the top two bands of the weekend for me. 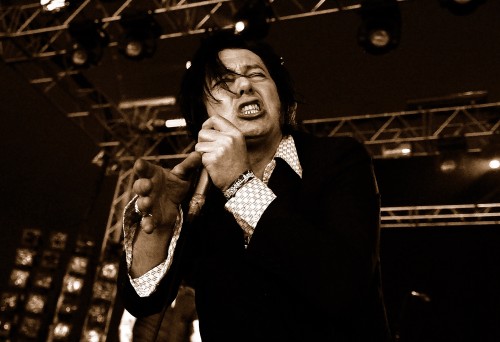 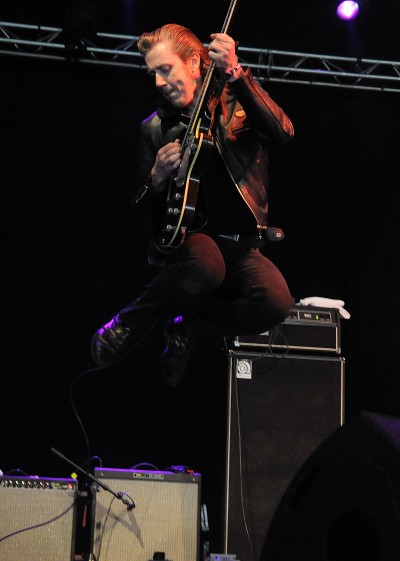 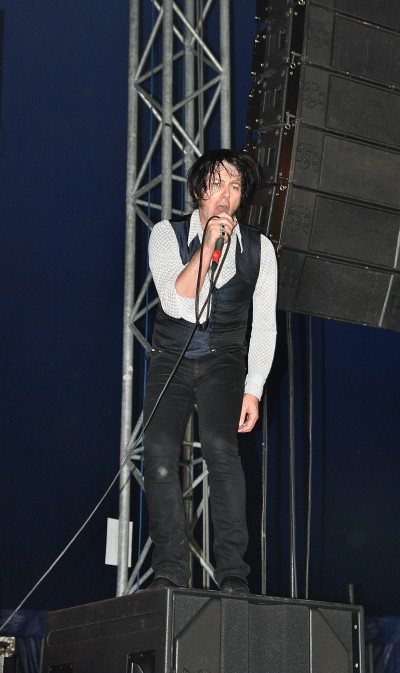 Time for a short break for refreshments and a quick ten minutes of Letters from the orange blast that was the Sound City Stage.

Decisions had been made and a quadruple of bands were to keep us in the Golden Voice tent for some time starting off with the very welcome Scottish charms of Broken Records, and if you like strong and yet sincere vocals then I suggest you’d do a lot worse than check them out. Sons and Daughters were up next with a mixture of old and new followed by Bombay Bicycle Club, a band that would not have looked out of place on the Main Stage. Also in between these acts I’d managed to catch a fair bit of The Draymin at the Sound City tent. 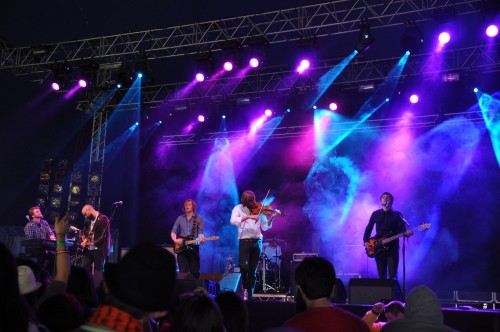 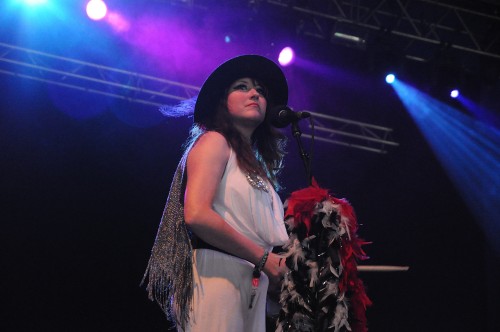 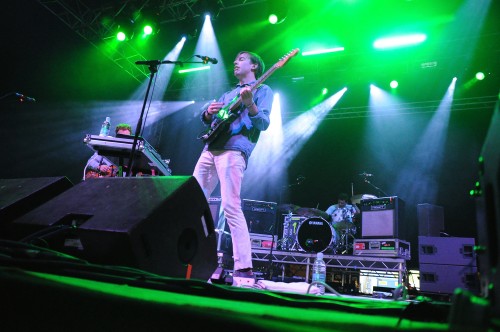 I’d hoped for a surprise over the weekend and it was to be in the shape of Frightened Rabbit. In the mix of the various dancey acts on the stages and tents that is Rockness 2011 there was a talismatic stone who stood up and made themselves counted, possibly demanded to be listened to and not ignored. This was to be my `other` band of the weekend. The music was loud and Scott Hutchison’s sincere Scottish twang was just brilliant. Stunning. 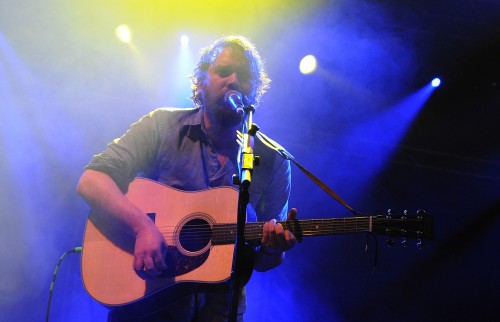 I’d finished the day by watching the Chemical Brothers on the Main Stage, complete with busy light show. The large crowd seemed to enjoy them but my eyes were still wide open from the earlier performances of the day. I’d have loved to see this crowd singing along to Frightened Rabbit or getting their balls blown off by the Jim Jones Revue. Maybe one day.