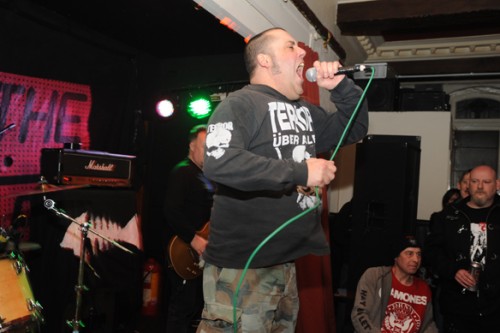 I arrived at the Wellesley Inn and didn’t expect what I saw. It was a pub with a room at the back for bands to play, no stage – well very little at least. Enough room for the band but Peter would have to stand in the crowd!

Before the band came on the land lady made an announcement that the bar had no change left and if you wanted a drink you’d have to have the exact amount of money. Comical indeed, not well prepared!

Peter and the Test Tube Babies kicked off with “Moped Lads” and followed with “Run like hell”. The crowd were too close and boisterous and the speaker almost toppled on top of Dell. We had a brief respite while they fixed the leads and then the carnage began again, everybody getting up close and personal with the band. One guy even tries to get Pete to pose for photo with him in the middle of the show. 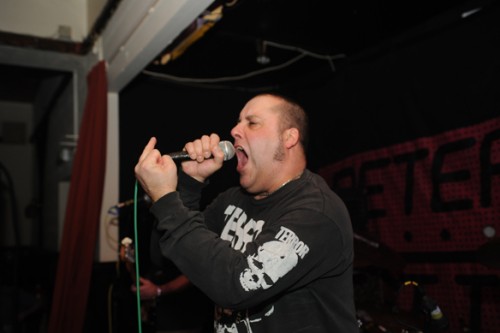 In the song “Up Yer Bum”, where Peter constantly gives the crowd the middle finger, a young female stood in front of him waggling her bum at him. “Maniac” had Peter pulling some very scary zombie like faces, eyes rolling back into his head. “Intensive Care” and “Transvestite” were over in flash before we got the Tubes anthem “Banned from the Pubs” which had the whole venue erupting. Even the promoter was dancing on the bar. 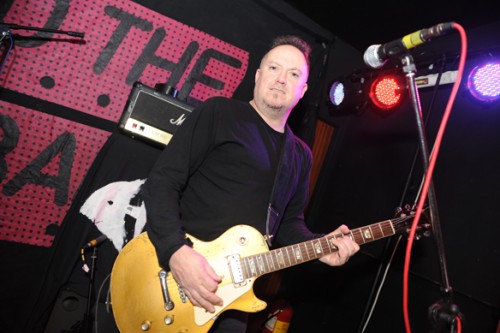 It was finished and the crowd chanted “one more song”. Peter arrived on stage with the tongue in cheek remark saying “well you should have paid more!” so a fan duly obliges and puts a £1 coin in his hand! All laugh and the band played the “Devil in Disguise” followed by “Elvis is dead”.

I do like intimate gigs but sometimes the fans can get too close and can be really annoying interrupting the gig. But ever the professionals Peter and the band didn’t allow this to stop them putting on a great show. They are a well oiled machine and play brilliantly together.

Words and pics by Ska Dude. 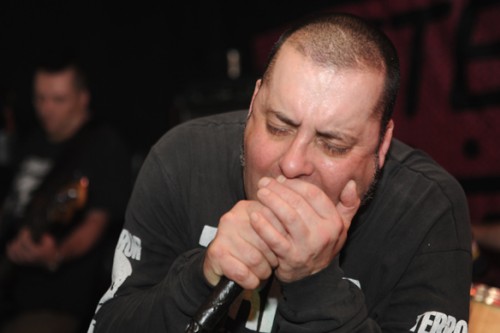