OMG! Mudhoney at The Tunnels? Godzilla Blues and New York Johnny tell us how it was for them.

GB – I remember being momentarily perplexed reading the Nirvana biography ‘Come As You Are’ some years back when it mentioned Kurt Cobain came from Aberdeen – it was the first time I became aware that there was a city in America with the same name as our dour NE mecca. It is nearby to Seattle, the epicentre for the short-lived early 90’s phenomenon that came to be known as ‘grunge’. Nirvana were the figureheads, while Mudhoney were arguably one of the originators of that sound but received none of the acclaim. This could probably be attributed to the fact that while Nirvana, Soundgarden, Alice in Chains, etc buffed off the rough edges for a more acceptable mainstream edge, Mudhoney’s Stooges/MC5-like garage rock was never going to be a source of commercial appeal (despite the fact there are some catchy as hell riffs in there).

This gig saw a 3-way bill of acts from the Seattle music scene and Aberdeen must have felt like a home from home with the weather being suitably drizzly and bleak. Barton Carroll was an acoustic singer-songwriter and anyone who ever reads my reviews will know, this is not my favourite thing to watch live. This guy was OK though; his songs were interspersed with some harmonica and had a nice gloomy alt-country feel. He gamely battled against that peculiar Tunnels sound phenomena where all the noise and chatter from the top-level is channelled stage-wards. He also at one point faced some guy standing with his mobile phone about 2 feet from his face to take a picture, which I found to be incredibly rude and it did put him off his stride. He was pretty cool about it though and despite having to stop the song he gave a brief spoken recap of the lyrics from the previous verse before recommencing with the song. As it turned out the guy with the phone was the roadie for Mudhoney. You would think he would be more respectful. 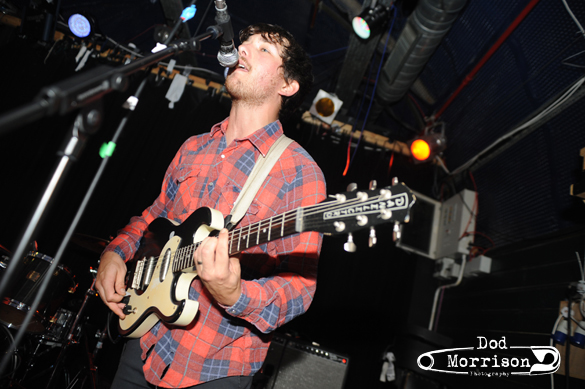 Unnatural Helpers were next up and I thought they were great, with a singing drummer backed by a couple of guitars and bass. They blasted through a huge amount of songs with barely a pause for breath. The songs recalled the most primal of 60’s garage punk, with satisfyingly propulsive drums also recalling surf instrumentals and songs by bands such as The Cramps or The Sonics, which is just up my street. My wife had decided to make a rare accompaniment with me to this gig, she wasn’t convinced of their value however. To be honest, the singer seemed to be struggling with a cold or sore throat and I think they probably could have ended their set a few songs earlier but I was impressed enough to buy their album ‘Cracked Love and Other Drugs’ afterwards, if you like that 60’s Nuggets-type deal I recommend it.

Mudhoney eventually took the stage to a packed Tunnels – uncomfortably packed in my opinion; despite grumbles when gigs are ill-attended, it can go the other way too, especially in this venue, which I find far too narrow to allow huge crowds. We started off quite close to the front but after the missus received a couple of elbows in the face from one overly-enthusiastic twat who waded into the lively area with arms flailing we decided to retreat to the bar for a top up. After that it was difficult to get back to a decent vantage point, the place was rammed to about halfway up the bar and the wife isn’t the tallest of folk. 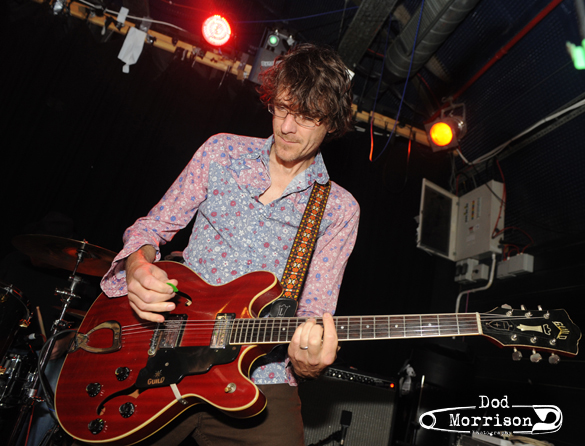 Anyway, Mudhoney played like you would expect from a band of their experience, with classic songs being tossed out perfectly throughout the set – my own personal favourite, ‘Suck You Dry’, appeared two songs in while their signature song, ‘Touch Me I’m Sick’ surprisingly appeared mid-set. No clichéd set closers for these guys. My better half and I had met after my work to go for some food and the drink started to flow about 6 o’clock, hence my recollections of the set material are hazy, I do remember ‘Sweet Young Thing Ain’t Sweet No More’ being played but apart from that, I’m out. I’m not sure if any of my fellow FnS contributors were in attendance but if so, I’m sure their recollections as ever will be more professional than my own….decent night all in all though.

NYJ – I’ll pick up the baton here then as I was driving through from Peterhead yet again for this one so have a reasonably untainted memory of the end of the evening. I wasn’t overly impressed with the singer songwriter dude but like GB, it’s not really a genre that does much for me in general.

I did like Unnatural Helpers though. Great tunes throughout the set spoilt only by the fact they were so short. Just when the instrumental break was phasing out and I was bracing myself for the main riff kicking in again, the realisation dawned that it was the end of the song. Consistently. Still, it left me wanting more so I plan to check out the album at the earliest opportunity.

Mudhoney, as GB says, were pretty slick – well, as slick as you can be playing in the grunge style I suppose. I too started off near the front and it was fairly boisterous but manageable. Bassist Guy Maddison seemed to be the mouthpiece for the group with Mark Arm remaining silent and impassive throughout the bulk of the set. I decided to retreat from my spot though when the crowdsurfers started their shit. That’s when it stops being about the band and the music and starts being about ME ME ME. Completely selfish and showing a complete lack of respect for both the band and audience alike IMO.

Anyway, although I had lost my vantage point, the relative calm upstairs allowed me to appreciate better the material they were playing. They seemed to play sooooo much stuff. The setlist my son grabbed at the end lists 20 songs but I’m sure there was more. Neither Here Comes Sickness nor Let It Slide are on there yet I’m certain both were played. According to the list though they played songs from every album over the course of the piece with no less that five songs in a row from the most recent album The Lucky Ones leading up the the closure of the main set. My personal highspot came during this section with a sterling rendition of I’m Now. Great stuff.

During the encore, Mark Arm divested himself of his guitar and, in an uncharacteristically jovial manner, proceeded to tell us about how the bands roots lie in the native music of the Americas, in the folk and country tunes of the southern and central states. When he announced the next song being an old Austin, Texas folk song I knew it was sure to be their cover of The Dicks’ Hate The Police. They blazed through the song with Mr Arm more animated than he’d been all set, his eyes flashing as he spat out the lyrics with real venom. On completion, I wondered if that was going to be the end of the set but no. He announced another traditional song this time from Orange County California and they tore through Black Flag’s Fix Me with an amazing rendition that really left the original for dead, the front-man again delivering his lines with real conviction. A truly incendiary finisher for the evening.

I couldn’t believe it when this gig was announced. The opportunity to see such a seminal and influential band in the close confines of The Tunnels promised much and delivered on every level. Well done to all concerned for making it happen and get them booked up again for the next tour!