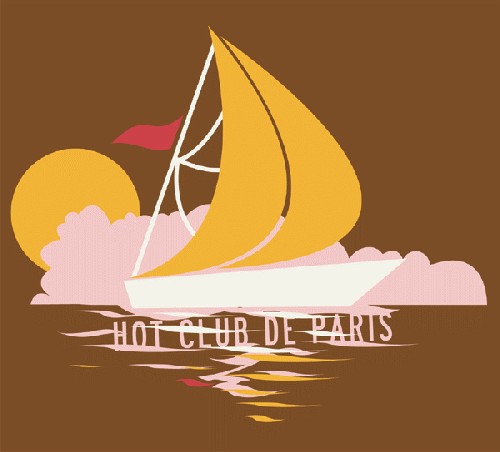 5 week months – I hate them. A rather poorly bank balance meant I was driving for this gig, so I timed things to turn up just before the first band’s advertised time of 7:45. On arrival in The Warehouse, however, I was checking my watch hadn’t gone mental as other than the sound guy and 2 bar staff I was the only person there. After obtaining a shandy, a few folk started trickling in before first band Carson Wells took the stage but there was still a cavernous space for the band to fill. I saw this band before some time ago in The Tunnels and I think at the time I bemoaned that yet another band had appeared that relied on the whole stop-start, clever time signature kind of thing –  I do listen to that sort of thing now and then but sometimes I feel it would be good to see more bands appearing that just want to write a memorable tune….anyway, that complaint on this occasion was tempered slightly by a rather beefy sound mix leading to a pretty hefty kick when the 3-piece of bass, guitar and drums really launched in together, not sure why but the dynamic made more sense to my ears than it did last time. On occasion when they were in full pelt I was reminded of the Jesus Lizard while at others the trebly skittering guitar lines recalled the Birthday Party. The drummer uses his double-kick in an interesting way, producing quite subtle little flourishes on occasion rather than the usual full machine gun rattle that metal type bands tend to go for. I’ll probably make a point of trying to catch them again.

Next up was Right Hand Left, who I had never seen live before but whose recent single release, ‘Lipstick’, I reviewed for this site a while ago. That’s the first song played tonight and it’s pretty faithful to the released version – I enjoyed the song anyway so it’s a pretty strong opener for me. Next up is the second track from that single release, ‘Sat on the Bench’, which again is faithfully recreated. The rest of the set I didn’t know and apart from one song towards the end which had quite a catchy lead guitar line keeping it going, there wasn’t much to hold my interest – while the band are obviously good at what they do, it’s pretty standard indie rock fare that I’m sure will have it’s audience but I don’t think it was here on this occasion with the band sandwiched between 2 less traditional sounding bands.

Headliners Hot Club de Paris are a band from Liverpool that seem to play in Aberdeen fairly regularly but usually in smaller venues such as Drummonds or The Tunnels – I’m pretty sure they haven’t played The Warehouse on previous visits but I may well be wrong. I only ever caught them at The Tunnels, at what I have been reliably informed was their first visit and that gig always stood in my mind after they opened with the 3 of them gathered round a mic for a bit of close harmony singing that was more akin to some sort of 20’s swing band rather than an indie rock band.

After they had set up their own gear (no frills and graces here!), they launched into an energetic and entertaining set, filled with humorous Scouse banter and tales of falling on their arse 4 times in a single day in Aberdeen – ‘the slippiest city ever’ apparently. Repetitive but catchy guitar lines are underpinned by some good solid bass playing and relentlessly energetic drumming (I was cooking just standing idle watching, the drummer must have been glad of his choice of T-shirt and shorts to play in). I recognised ‘Ship Wreck’ from debut album ‘Drop It Till It Pops’, but my memory for song titles is generally useless these days so the only other song I can recall is ‘Biggie Smalls And The Ghetto Slams’ from the new EP and that’s pretty much just because I remember them mentioning Biggie Smalls. I was down the front for much of the set and casting an eye around me it seemed quite busy but towards the end I popped up to the bogs and on my return downstairs I realised that the venue was in fact pretty empty other than the half-full dance floor. A shame for the band, as they are really good but I think this venue is possibly just too big for their appeal in Aberdeen – as I’ve mentioned elsewhere on this site I am pretty hopeless with genres, they play indie-pop type stuff I guess, but with that slightly off-kilter post-punk element that will be off-putting to much of Aberdeen’s gig-going public. I did think the crowd would be a bit bigger though….    Godzilla Blues