FnS new gal on the block Moped Commander makes her debut where else but the epitome of rock n roll in Aberdeen – The Moorings Bar when she goes along to see fellow countrymen Fewsel and up and coming local heroes Glassman. We think she liked. 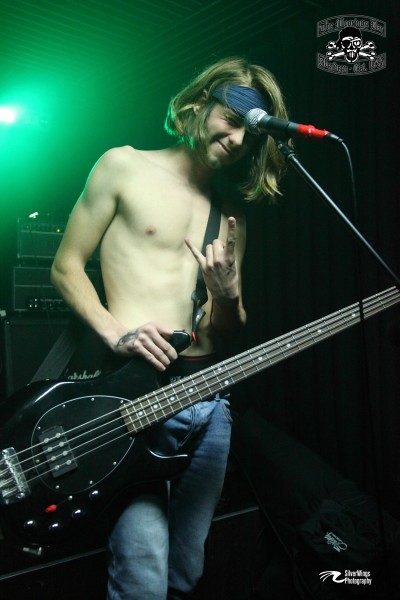 Looking back, I guess we Germans had all not really an idea of what to expect from that night:  I had offered to provide Flares’n Seagulls with an interview with the band – the combination “German” AND “Psychedelic & Stoner Rock” just sounded too tempting. The band Fewsel was founded 2007 in Wiesbaden, Germany (for those who know where to find this country on the map: Put your finger onto the city “Frankfurt” and you have an idea where Wiesbaden is) and now describes their music as being influenced by their legends Led Zeppelin, Hendrix and Black Sabbath, aiming to establish a new unique sound which could now be described as a blend of Queens of the Stone Age, Kyuss, Mastodon, Tool and Black Sabbath.
Hell, yeah! – Just perfect for a Friday night!

The band had decided to go on a UK tour for the month of September and while being on the road in a small van – four boys surviving on beans and toast – they received much greater recognition than ever before in Germany.
But let me be totally honest with you – when I saw what made its way through the wind and rain up to the North East of Scotland, I was not sure if the boys would be able to deliver what they have promised us. Considerably younger than Stoner Rockers like Brant Bjork, Josh Homme or Nick “Woman puncher” Olivieri for example, they looked a bit puzzled when they entered the Moorings Bar, soaking and carrying their instruments. 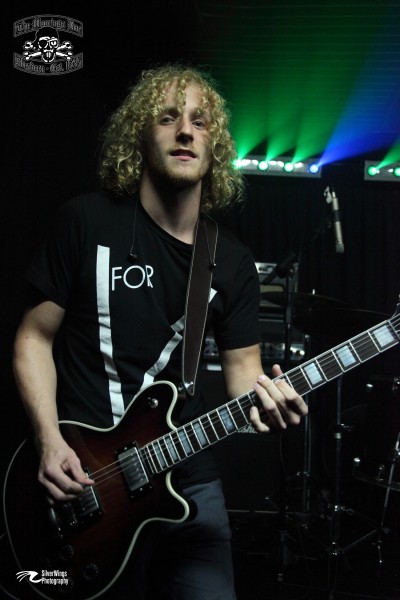 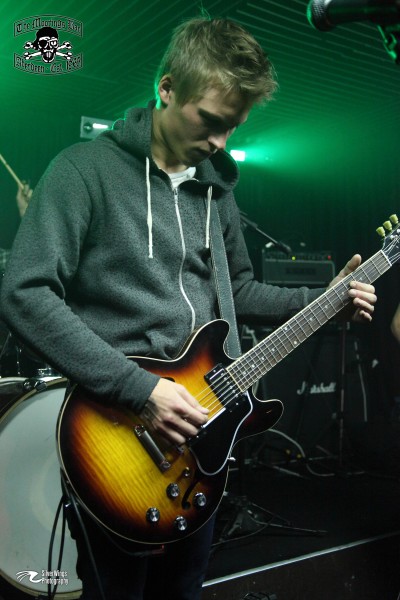 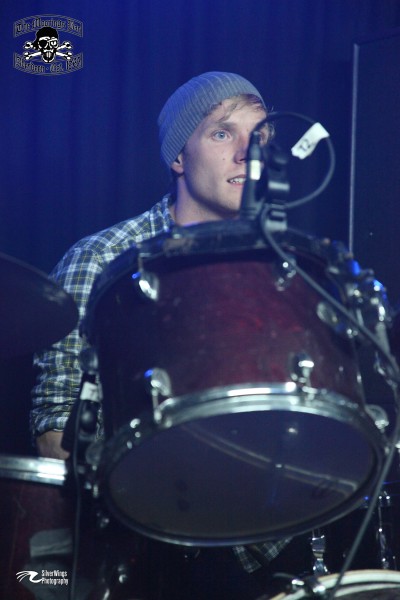 Oliver, Fewsel’s singer, told me that they had actually planned to use their full equipment to provide the full Fewsel Sound. But that was not possible unfortunately so they had to use what was made available for them.
After they got used to the settings of the Moorings Bar and enjoyed the brilliant Glassman show who were playing as support that night, all worries were gone and they were ready to play their live set.

And man, it was just brilliant! Forget their age! I have seen considerably older musicians who were not able to do their job as decent as these guys. Highly energetic they played the songs of their upcoming album “Wrong Side of the Universe” and with songs like “Fluorescent”, which blasted through the speakers or “Bermuda”, they captured the audience until they were finally screaming for more and more. The Germans clearly impressed with their skilled sounds that night, even when Maximilian’s bass broke down towards the end of the set.
We have all been pretty impressed with their performance which let Max running around afterwards, high as a kite, happily announcing that they had sold more of their albums than ever before on their tour. We all had a brilliant night together and I hope that many more people will get to know them soon as I am sure that there will be more decent stuff to be expected from them in the future. 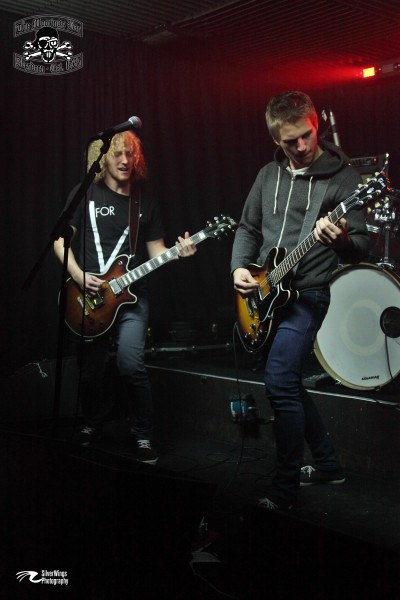 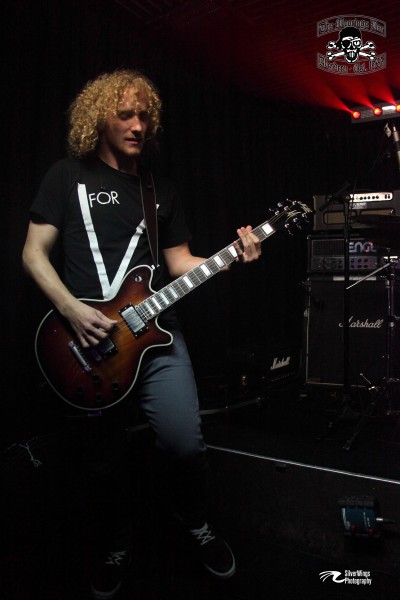 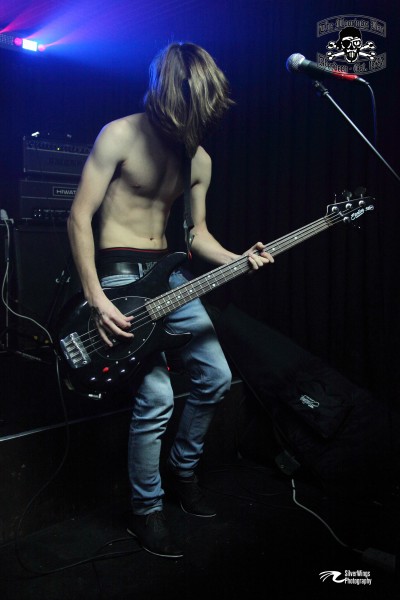