Two homecoming gigs in one day at the Music Hall, Aberdeen for Emeli Sande with local support Cara Mitchell for the first one and Mahalia for the evening performance.

I’ve seen Cara Mitchell a few times now, from a very quiet Cafe Drummond’s to now supporting one of the UKs biggest performers at a sold out Music Hall, I wonder what is next for this young woman. With her guitar and kind of quiet, innocent tones you can’t help but listen and looking around me most of the audience were too. She’s grown in confidence since those early days in Drummonds and its obvious for all to see. A great performance. Still Burning.

Now onto PenguinGoneMad for a fuller review of the evening performance.

“It’s been just over a year since I first saw Emeli Sande perform live, and much has changed since that night. Sande’s career has propelled to dizzying new heights thanks to a series of top forty hits, countless television appearances and singing at both the opening and closing ceremonies of the 2012 Olympics, not to mention that her debut album ‘Our Version of Events’ is amazingly still in the UK album chart (it’s currently sitting at number four, despite an astonishing sixty-one weeks in the chart). The one thing that hasn’t changed, however, is the way that she can cause an entire venue to fall silent simply by opening her mouth.

The night’s support was provided by singer/songwriter Mahalia. I know of a number of support acts being shoved on stage whilst ticket holders are still queuing outside, so to see a support act receive the attention of an almost packed to capacity venue was a refreshing sight. Mahalia has a beautiful quality to her voice, and I’d love for her to have gained a few new fans after tonight’s set.

During the wait for Emeli Sande to take to the stage, I had a quick scan around the venue. People of all ages were there, from eight years old to eighty years olds. It is a great reminder of just how far-reaching Sande’s music is, and that music that comes from the heart doesn’t appeal to just one particular age group, but rather appeals to everyone. Watching elderly members of the audience cheering as the night’s headliner took to the stage made me happier then I will ever be able to explain.

The performance started off in spectacular style with one of Sande‘s biggest hits, ‘Heaven’. The echo of Emeli’s voice sounded truly amazing in addition to the drummer‘s energetic style. Jonathan Tuitt is his name, and he is easily one of the best drummers I have ever had the pleasure of seeing perform live. As the bridge of ‘Heaven’ blared out from the speakers, the singer greeted the audience and promised them that they were all going to have a great evening. If one thing is for certain, it is that she definitely kept to her word.

Regardless of your feelings towards the recorded versions of Sande’s songs, you are guaranteed to find a new level of respect for them once you hear them live. The album versions of ‘Where I Sleep’, ‘Breaking The Law’ and ‘Suitcase’, for example, are all very different to what they sound like when performed live. The live version of ‘Where I Sleep’ maintains the note-perfect quality of the album version, but takes on a new reggae form. ‘Breaking The Law’ was written for the singer’s sister, and despite the live version being much more upbeat than the original, Sande’s voice is still dripping with raw emotion. As for ‘Suitcase’… few things have made me feel quite as emotional as listening to the headliner’s haunting vocals silence the entire venue, aided only by James Beatt on bass. You often see a singer performing with only a guitarist, but very rarely do you see them perform with only a bassist. I think that this version proved to be so successful because it allowed for the emotion of the song to be conveyed in an effortless manner, Beatt’s bass providing a soothing background that allowed Sande’s vocals to truly shine. Somewhere behind me, a woman repeatedly whispered “wow”. She had no other words, yet, she managed to say what we were all thinking during that song‘s performance, as we collectively sat in silence with goosebumps on our arms and bated breaths in our lungs.

‘My Kind Of Love’ marked the first song in which the majority of the audience began to sing. There was an undeniably epic quality to the hit that meant that it would have been more than suitable for the set’s closing song. The audience were quite happy to sing along as the headliner thrust the microphone joyfully in their direction. She dedicated the next song on the setlist to all of the “clowns of Aberdeen”, before belting out the emotional single ‘Clown’.

Between the impressive light show, the responsive crowd and the flawless on-stage performances, it already felt as though the Music Hall couldn‘t contain the grand nature of the show. This feeling only increased as Sande played her new song ‘This Much is True’. It’s incredibly sweet lyrics and dreamlike instrumentals charmed the audience into a frenzy as the track escalated in true Sande fashion.

It’s difficult not to feel somewhat moved as you watch the headliner perform ‘Read All About It Part III’. Whether it was the way that everything built up to a breathtaking crescendo that left you feeling emotional, or if it was the lyrics themselves, it’s hard to deny, it is a very powerful song. From soulful emotion to uplifting R&B, ‘Wonder’ allowed for lots of crowd interaction to take place. She even managed to get the seated section of the venue to stand up, sing along and clap their hands, which is no easy task. The crowd burst into applause as soon as she finished singing, and refused to stop until she came back on stage to sing the first of two encore songs, ‘Mountains’.

It is, like the majority of Sande’s discography, an incredibly beautiful song with a lot of heart to it. The way the audience sang along to it with pride, as if it was they themselves that wrote it, only added to its beauty. Of course, it had to end with what is arguably her biggest hit to date: ‘Next To Me’. The audience clapped along to completely different beats, but regardless, it still sounded amazing, and it was, without a doubt, the perfect way to end a perfect night.” 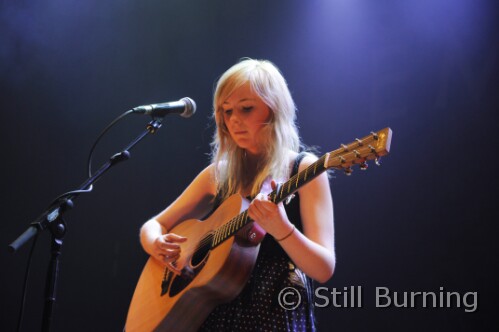 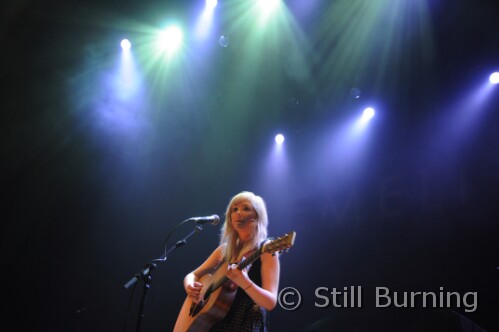 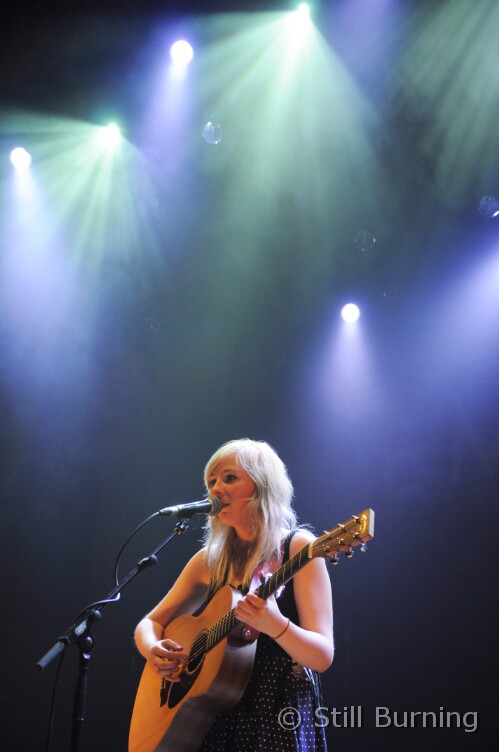 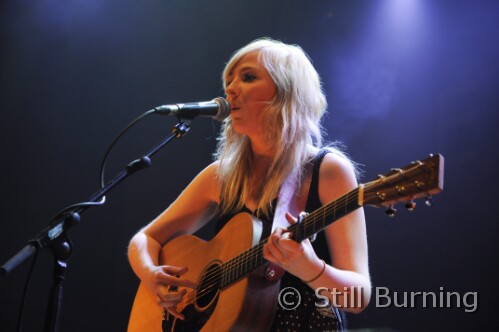 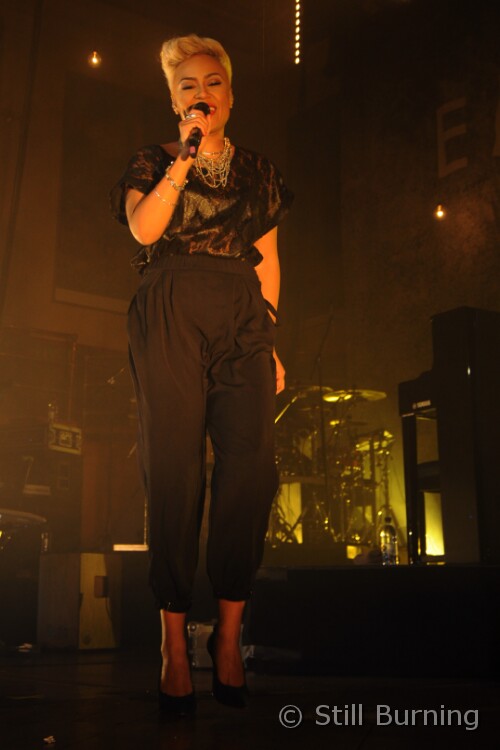 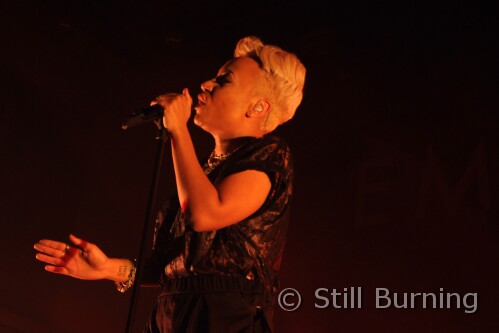 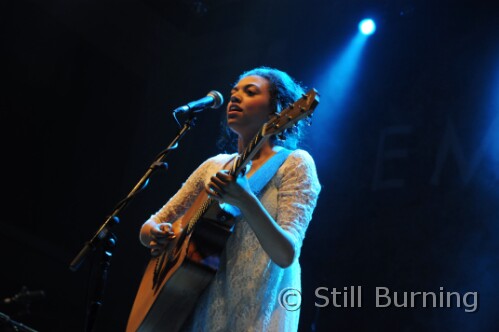 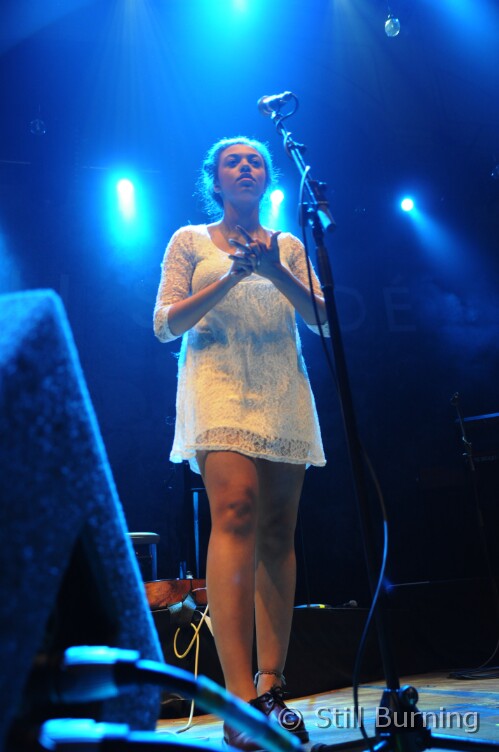 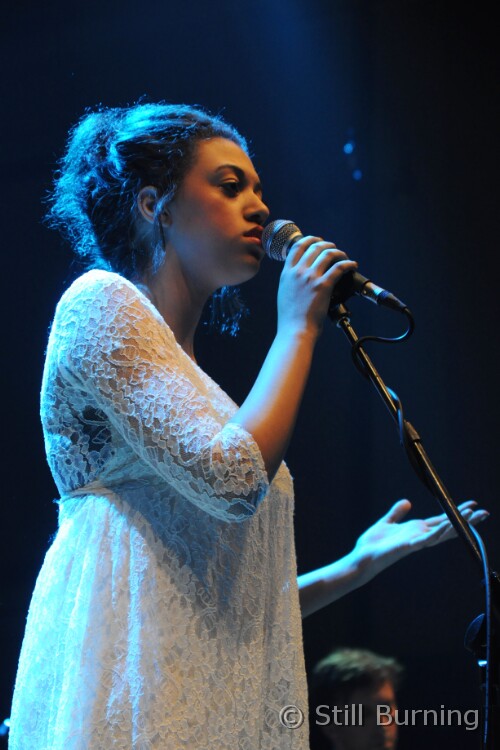 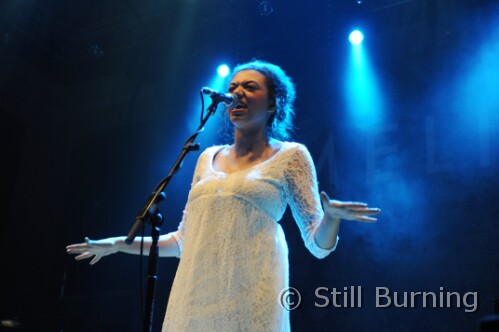 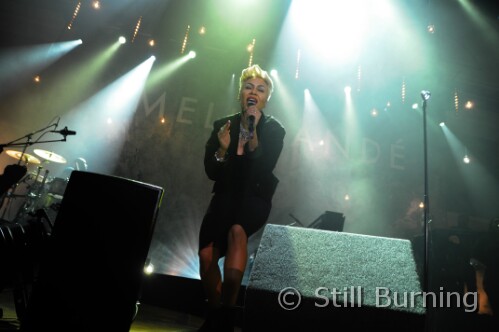 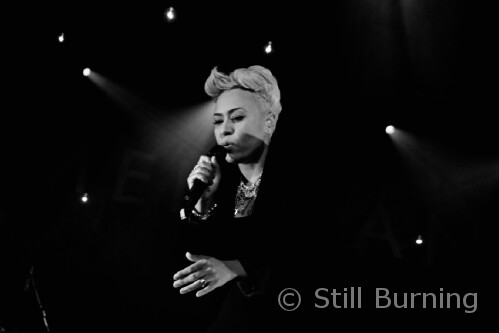 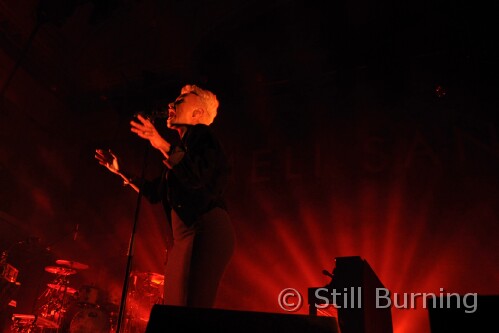 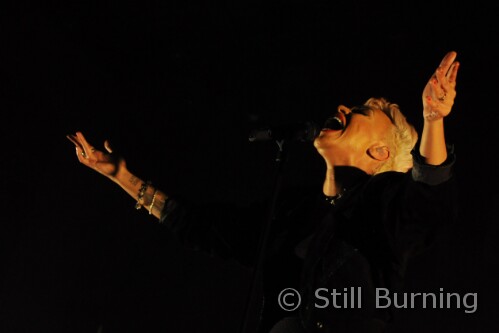