The Aberdeen Beach Ballroom is normally used for formal balls and company events however it lent itself well to an evening of rock. The crowd were mostly a collection of teenagers dolled up in emo gear and classic punk patches, but there were also many older faces there to enjoy the night. 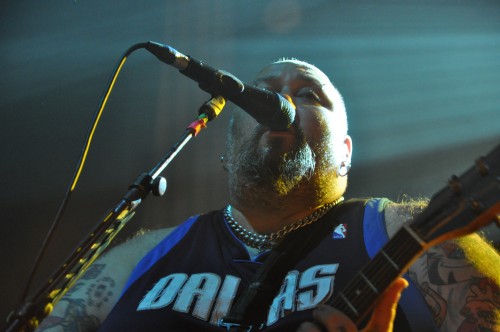 First on were The Dollyrots, a band from Los Angeles with their raw pop-punk sound. Straight off the mark lead singer Kelly Ogden had the crowd joining in, although to be fair what teenage (or grown) man wouldn’t want to go for a dip with her at Aberdeen Beach?!

The drums were thumping along with good guitar riffs. “My Best Friend” had a catchy tune, poppy enough to catch on fast and keep the youngsters interested, but punky enough to add an edge to it. Considering they were first on the audience seemed already warmed up and there was good communication between band and crowd.

During one song I realised that I recognised the tune, could it really be ‘Combine Harvester’ by the Wurzels?! However it was actually ‘Brand New Key’ by Melanie, from which the Wurzels did their parody. The Dollyrots were covering the original song which was about roller skates.

In the middle of ‘Jackie Chan’ the band stopped to sing the theme from Cheers acapella. I’m not sure all the youngsters knew the lyrics but they were well chuffed when a couple of members of Bowling for Soup came out to join in!

The Dollyrots were an energetic and fun band as well as being the most punk sounding band of the night. Catch them if you can! 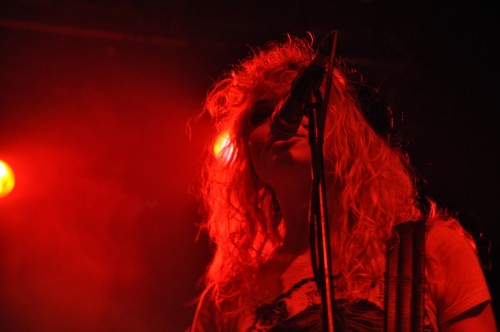 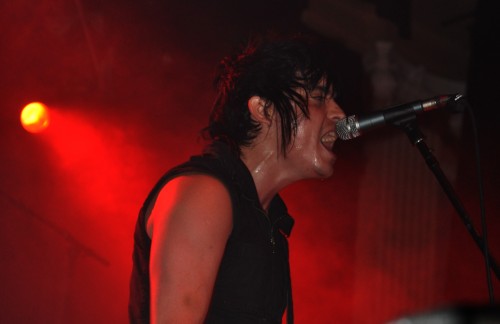 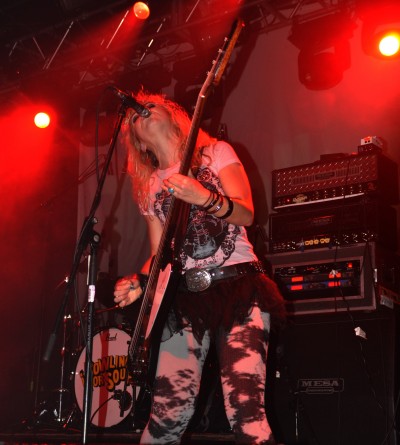 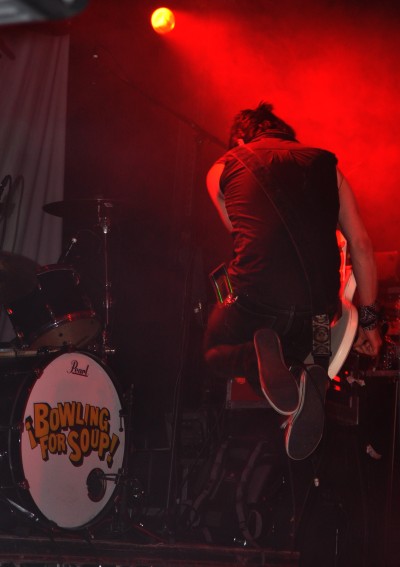 Next up were London legends A. I was surprised at them being second in the line up but they seemed to enjoying themselves and were relaxed which fed through to the audience.  You could tell they’d been playing together for a while and were used to bigger crowds, they were smarter than the Dolly rots but with less punk attitude. They announced that it had been 9 years since they last played Aberdeen, including some banter about the age of the crowd they were playing to.

‘Starbucks’ went down a treat with the crowd. They managed to get a mosh pit going for a while which probably scared the kids but was great fun! Unfortunately the moshers got tired after a one minute but the thought was there.

There were some good guitar solos and the crowd enjoyed singing along to the songs. However I did hear some people saying they didn’t think much of the band. I guess if you’re there for the teen pop punk music then A wouldn’t be your cup of tea! 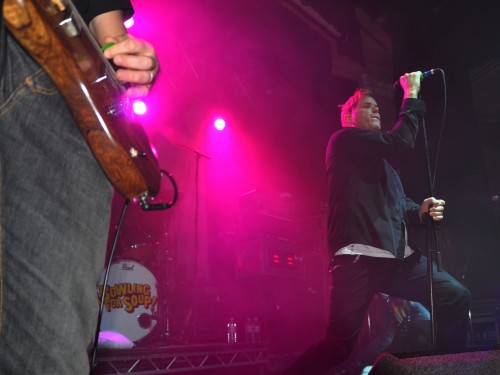 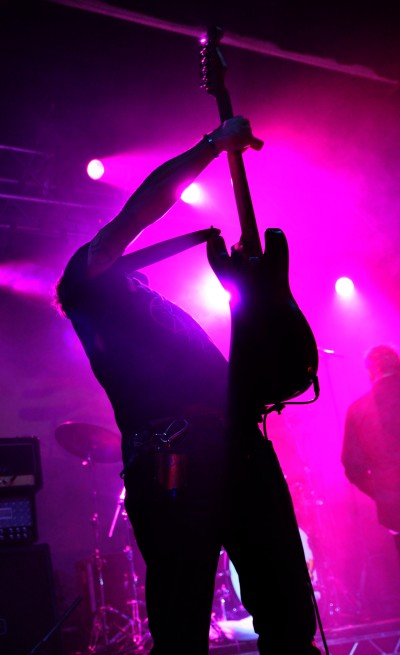 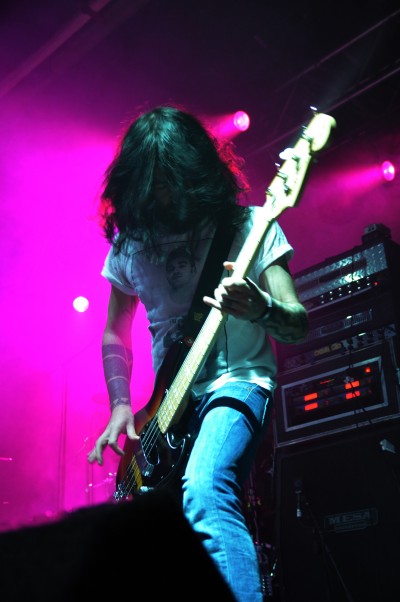 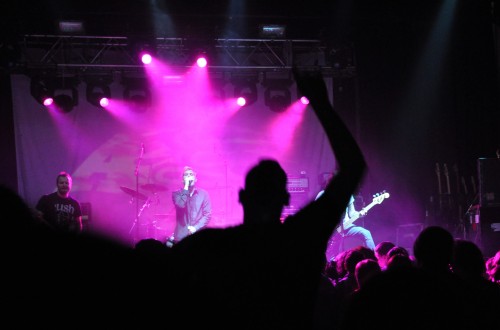 Forever the Sickest Kids came bounding on. A 6 piece band compromising of 3 guitar players, one drummer, one keyboard player and a singer. Their sound was very Sum 41, Blink 182, but with a poppy side to it. The girls were loving it! The screaming continued for the whole of their set and they played up to it fantastically. They were like a tag team with rapping and singing.

As annoying as I found them they were certainly lively and definitely appealed to their demographic. There wasn’t too much talking between songs except for giving out free t-shirts to people for “best hair”, “best jumping” and “best sitting on someone’s shoulders” as well as other absurd reasons. There was lots of “you’re the most awesome crowd ever!” which the crowd lapped up. I was just being cynical but their fans enjoyed it so who am I to complain?! 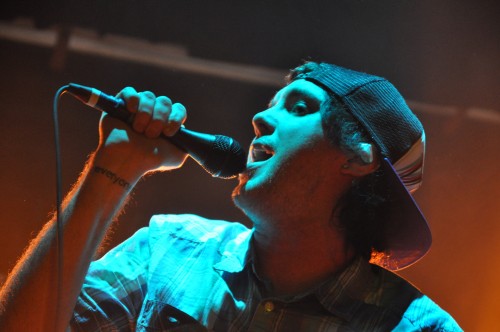 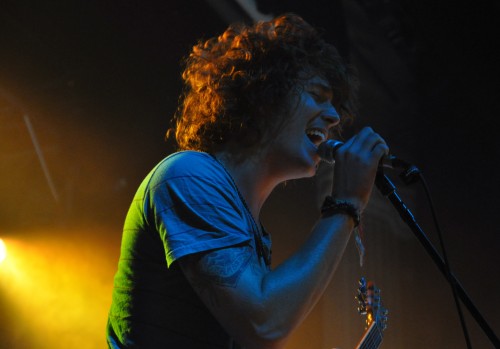 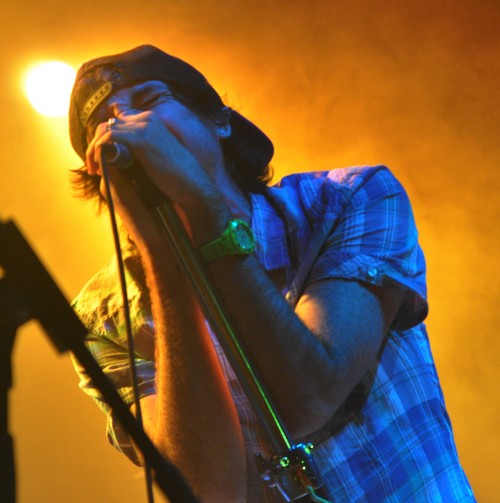 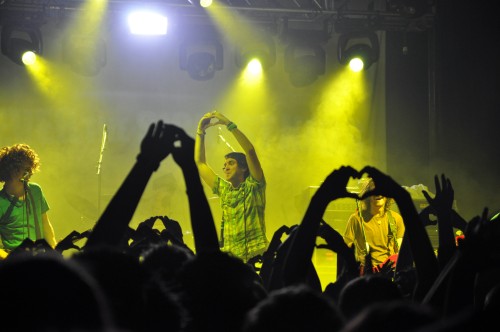 Finally it came around to the main attraction – Bowling for Soup. Their ‘theme tune’ started playing and there was anticipation in the air. The crowed roared as the big man Chris came out followed by the rest of the band. These guys were tight together – unsurprising really as they have been together for 16 years now.

Bowling for Soup didn’t just play music, they were also a comedy act and entertained the crowd with banter and jokes between and during all their songs. Chris would play with his guitar and pick throughout the show, bouncing the pick off his elbow and catching it, as well as spinning his guitar off his belly. Every time they stopped for an in between song bit of banter there was excellent backing music provided by drums and bass in an almost jazz improve style.

“My Weiner” went down a treat with the adults. The teens seemed a little embarrassed but amused at the same time. “Punk Rock 101” also went down well. They had great fun with an inflated condom that was being kept up in the air above the crowd, clearly enjoying themselves.

There was non stop singing from the audience during “The Bitch Song”. Great atmosphere but hard to hear the words if you’d never heard the song before. They did a super cover of the Ting Tings “That’s Not My Name”, much improved in my opinion!

Bowling for Soup certainly didn’t take themselves too seriously and it meant that you couldn’t help but enjoy yourself whilst watching. It was funny and lovely to see a pale moody goth kid waving and clapping along to a song about ice cream. I think I even saw a smile!

Their most famous song “The Girl all the Bad Guys Want” was storming. The floor was jumping (literally!) and the speakers were shaking. “1985” went down well but was a bit spoilt by them asking the crowd to be louder than Glasgow – but the kids didn’t seem bothered and I saw a group of girls who were so chuffed at being told they were louder than the night before which was nice for them. BFS certainly made the crowd feel special.  They even stopped in the middle of a song to pose for photos – what other bands do that?!

In all that was one of the best crowds I’d seen in Aberdeen in a long while. The bands were fun and musically talented, and each appealed to their own fan base. Even though I wasn’t really in the right demographic I still ended up enjoying myself immensely. 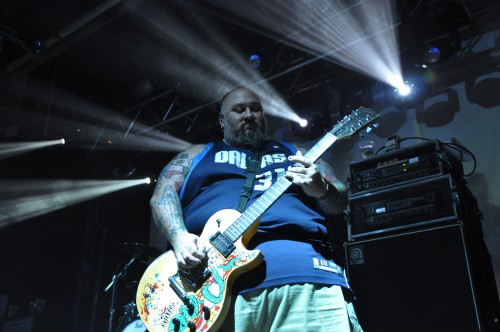 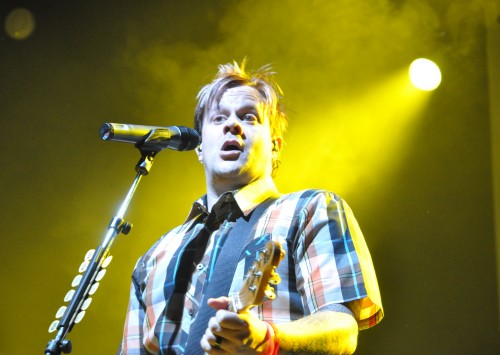 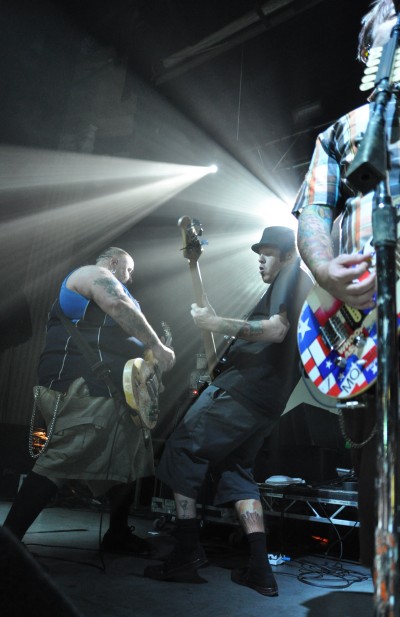 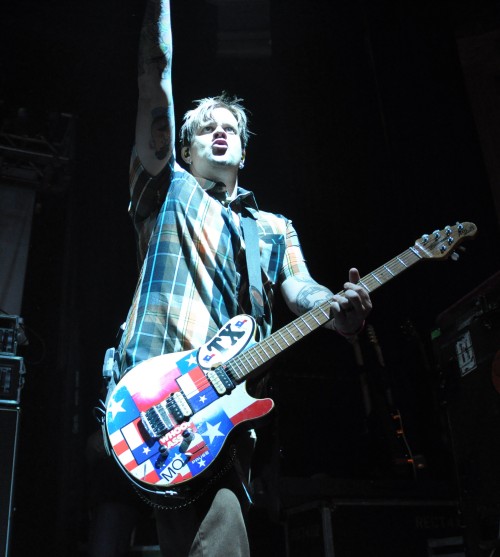