It was with some anticipation that I went along to see Big Country at the Lemon Tree, Aberdeen. I hadn’t seen them perform since Stuart Adamson had passed away and I wasn’t sure how I, or indeed, any of the other fans would react, to a different singer. From the opening number, 1000 Stars, the fans were right behind Mike Peters, the frontman with The Alarm,  and made him more than welcome. He seemed nervous at times and could be seen to be struggling with the words at some points but soon got into the swing of things. Bruce, Mark and Tony were also joined on stage by Bruce’s son, Jamie, who’s a welcome addition to the band. They put their heart and soul into every song and often made reference to Stuart. At one point Mike read a paragraph from a book from the 1800’s from which Stuart had got inspiration to write The Porrahman.

They sang all the old favourites including Harvest Home, Fields of Fire and Steeltown then came back on to do a four song encore which consisted of Lost Patrol, Chance, Restless Natives and In a Big Country. The time passed far too quickly and we were all left wanting more. Roll on the next time they come back to the Granite City.

Words by Rock Chick and pics by Ska Dude. 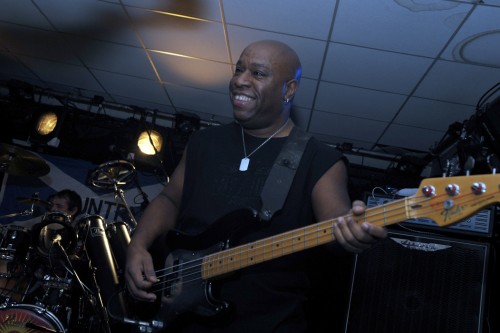