After a pretty sleepless night in the General Camping Area Still Burning needed a good feed, a cup of strange tea from a stranger and an explore of the Walled Garden area to set him up for the musical treats of the second day of Belladrum 2011.

After a few hours of blissful random wandering around my day begins properly with the taking in of local acts Iain McLaughlin and The Outsiders on the main stage with their indie-pop-rock offerings and Stetsonhead in the grassroots tent with a sound that would probably be described these days as alt-country. Both the singers of these bands impress me with their passion and honesty, Iain in particular who isn’t shy to say how pleased he is to be playing the main stage having progressed to it over the years at Bella. Nice words fella, and not un-noticed by myself.

Scottish ska legends The Amphetameanies are up next and having seen them so many times in the past a rather predictable performance with a crowd to match. definitely a band better suited in a tent `later on`, in my very humble opinion. Still, it’s not a bad set or anything, just could have been better timed for better impact perhaps. Talking of impact I head back to the grassroots tent to get totally chilled out by the relaxing tones that is Lucy Rose. She’s supporting Ben Howard shortly, go see, and enjoy. Lovely chilled times for a sometimes sunny afternoon.

There’s a number of reasons why I probably shouldn’t like Diddums. Their guitar riffs and drum routines are of a kind that I’ve heard many times before, the cheesy cry of `do you wanna hear some old school punk rock` announcement as they start their set, their catchy, easy to remember and singalong with choruses, they bring nothing new to the table in 2011. But, hands up, I have to admit it just works and it’s a shame that the Buzzcocks (best comparison that I can think of) soundalikes get a sparse but growing crowd to enjoy their set. Good festival band and well worthy of their place at Belladrum.

On the festival band note that cleverly (planning eh?) brings us to The Lorelei. Fresh off the back of a wee tour promoting their album Faces; Beefy, John and Co get a suppertime slot at the (running late by about half an hour or so) Potting Shed Stage. This is one stage I’ve visited often this weekend as its very centrally positioned but I’ve always had reason to be on my way somewhere else but this time I stuck around to see almost all of The Lorelei’s set. Some would describe them as speeded up folk but I quite like the atmosphere of an organised jam if that makes sense with the violin and mandolin (hope that’s right) kicking in and out when needed. Vocalist and face contortionist John is an animated frontman but there’s always other things to watch on stage, except the drummer, he’s always hidden by the other five members. They drew a good crowd in the sunshine as well, seriously, whats not to like here?

Thanks to the Potting Shed timings being slightly off I only just caught a bit of Metaltech who I’d seen for the first time at Wickerman last year. Nothing much has changed but it’s still an entertaining blast of electronic beats, rock guitars, orange and white face paint and masks. Not for everyone perhaps but they ticked my box again. Like the Fridge Magnets the day before, they’d probably be a scream in a tent `later on` in the timetable.

Back up the hill and down again took me to the Hot House Stage (tent) and the Celtic-y music of 3 Daft Monkeys (I’m sure I counted four but never mind that right now). Its the first time I’ve seen them and the got a decent crowd with their catchy songs with fiddly bits in. Next up and for the zillionth time this year I get to enjoy Sound of Guns again. Another not very original band filed under the indie label but there’s guitars, drums, and a hyperactive frontman in Andy Metcalfe who buzzes around the front of the pit and often ends up in the crowd whilst singing. There are many bands who play this kind of music but I think that SoG are here to stay, and progress in venue size they play in as well. Just my humble opinion of course.

Fyfe Dangerfield’s The Guillemots had another attention catching performance on the main stage with the main man yet again swapping instruments more than necessary but that’s all in a Gulliemots live show.I for one was pleased to see them on the main stage but maybe its a band that the majority of the audience would not have been familiar with the material. They do have some stunning tracks though don’t they?

On the last lap of Bella as far as bands go and I enjoy seeing the local-ish indie-pop Be Like Pablo play to a packed out goNorth Tent and I preferred the American sounding acoustic guitar sounds of Kassidy in the also packed out Hot House Stage as opposed to Deacon Blue on the main stage. Its been a great couple of days of music, dampened (pun intended) slightly by the rain on Saturday night but as I’ve said before its all in The Game!

Iain McLaughlin and The Outsiders 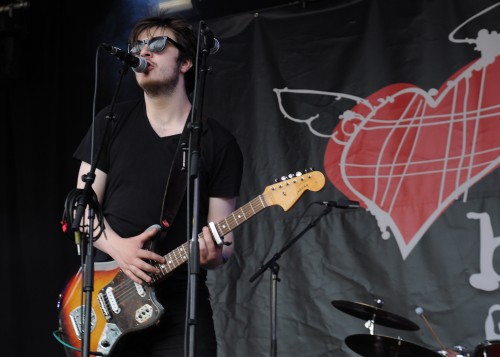 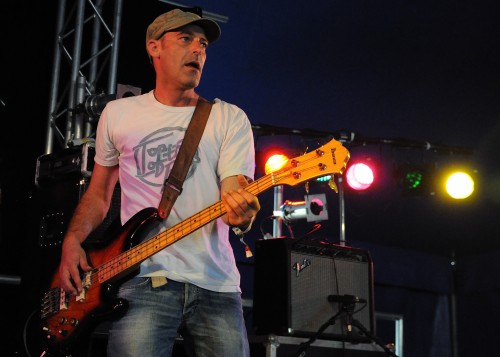 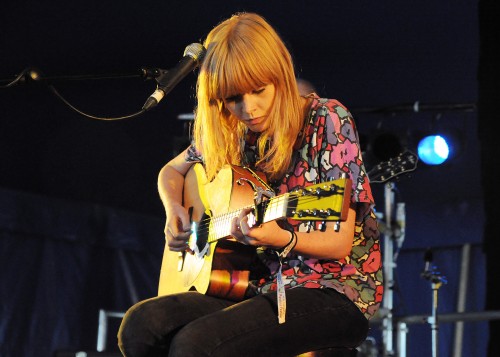 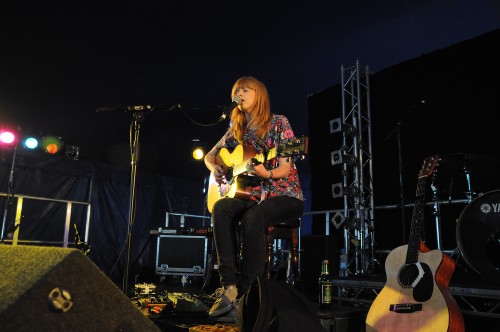 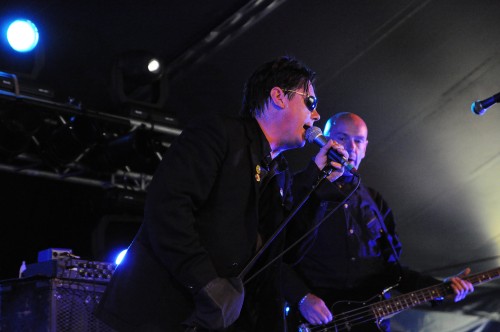 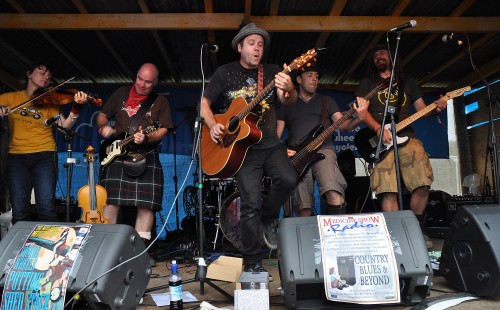 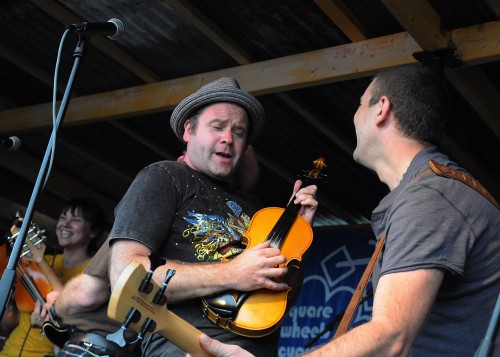 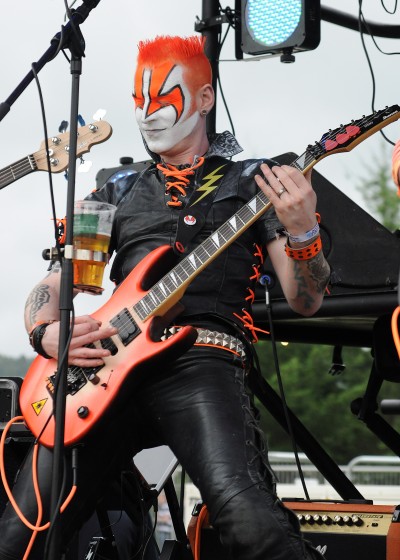 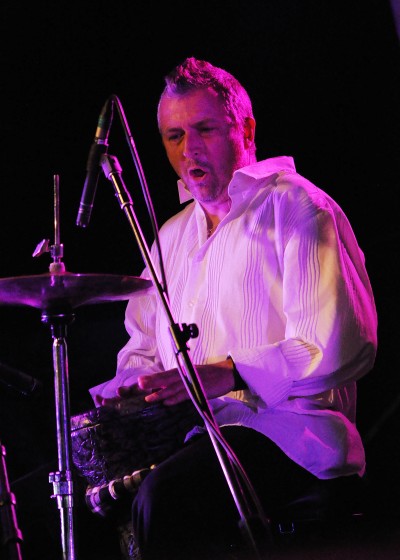 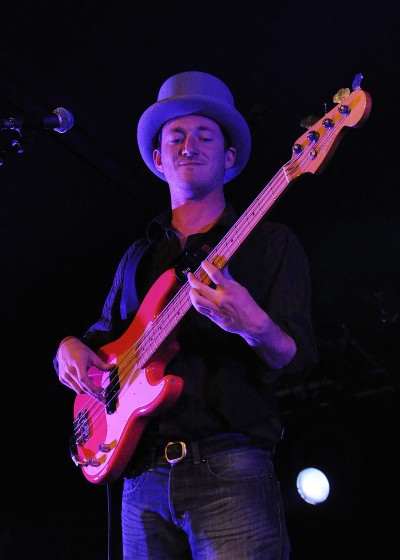 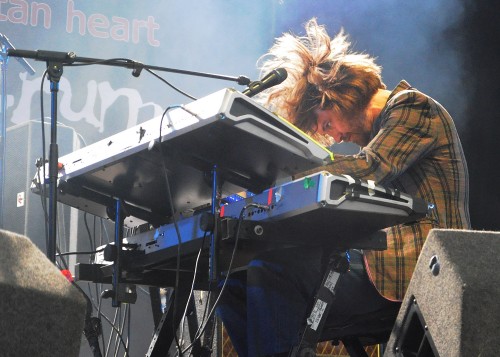 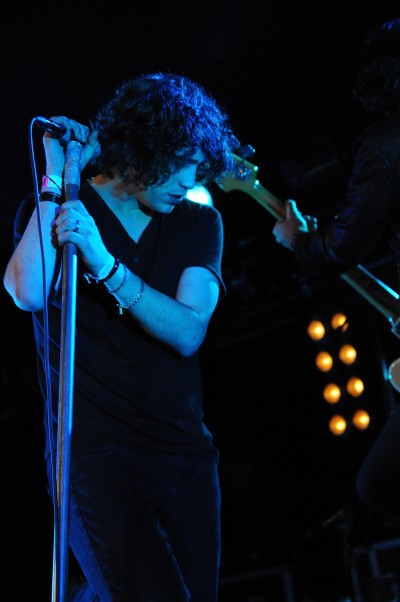 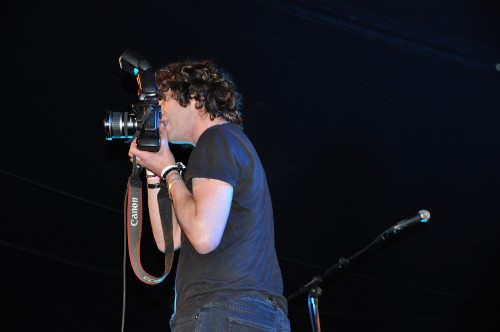 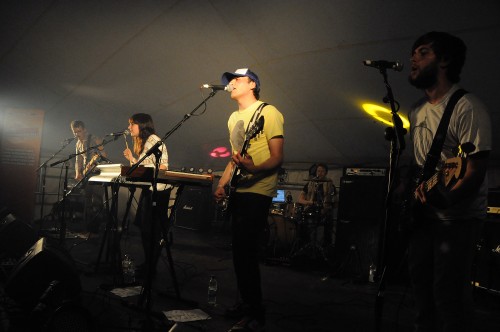 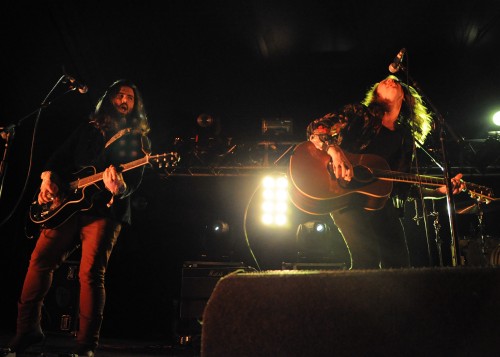 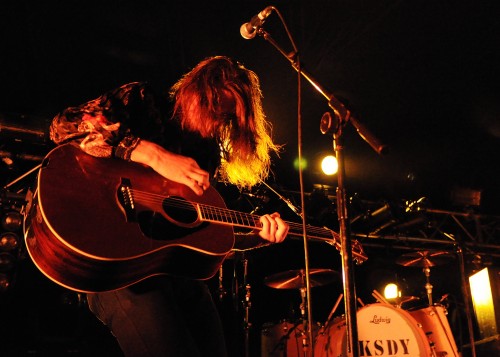