For some years now I’d been waiting for a certain Glasgow-born Aussie (now living in California) to head over the Atlantic to Scotland and now he was in Aberdeen along with a bunch of crazy Canadians. I’d been looking forward to this for some time and I wasn’t disappointed – in fact it was even better than I’d expected.

I’ve not seen either of these acts before so I had no idea I would be laughing as much as jigging to music. This was a funny show, Colin Hay proving a perfect warm-up to the evening – I had to wipe my eyes at ‘The Goat’ bit so I could see
through my viewfinder. I think it was his impression that killed me.

Colin returned to my notice when I was watching ‘Scrubs’ and I immediately went off to search out his album, ‘Man@Work’ off the back of that.

Starting his set with the ever popular ‘Overkill’ (‘This is how it was originally played, but it might not have been a hit if we’d kept playing it like this’, he commented), ‘Down Under’ (‘The elephant in the room’) and ‘Waiting for My
Real Life to Begin’, he interspersed tales from his past – who knew Goats preferred watching tv to eating grass?

Colin emigrated to Australia from Scotland with his family when he was a kid, his dad came home one day and said ‘Pack your bags, we’re going to Australia!’ ‘Is it far, dad?’ ‘Only about as far as you can go before you start coming back’. He had to lose his accent pronto when he got there so he could fit in, but can swap back and forth between broad Glaswegian and Aussie lingo at the drop of a hat.

The last three songs of his set were taken from his new album Next Year People. Now living in California, which has been suffering from severe drought, the last song of the set was the title track from his new album – based on the hopes for the future that those living through the Dust Bowl depression years must have prayed for; ‘Next year everything will come good’.

The humour and banter was continued when Barenaked Ladies took the stage. Looking around, pretty much all that could be seen of the crowd were big cheesy grins for most of the evening. It was like being surrounded by a bunch of
Cheshire Cats.

All through the set, there was constant laughter – much of the between song banter was based on local places and events as the Ladies like to explore their new locations and indulge in their favourite pastime. Jim Creeggan went for an enjoyable beach front run, apart from the returning sand and rain-blasted part that is. Ed went looking for pinball machines and ended up in Krakatoa (once he’d realised that it was the same place as The Moorings Bar that he was actually looking for) where he took the high score on a Star Wars machine and encountered one of the resident denizens of the place. This led to some hilarious off-the-cuff thrash metal ad-libbing, ending when his voice couldn’t take it anymore.

The pit security also came in for some good natured (if maybe not so well received) ribbing when Ed pondered on the kind of commands that came in via their earpieces. I kept waiting for one of them to crack even just the tiniest of smiles, but to no avail. 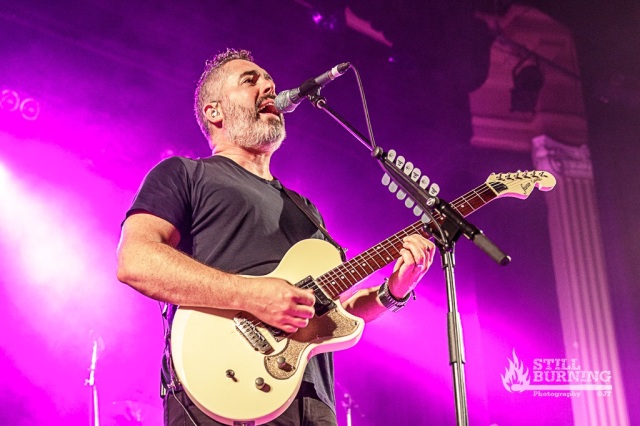 Between the banter was the songs – and they sounded so polished, as you’d expect from a band that has been on the go for the best part of 27 years. They are well known for their tongue-twisting lyrics and rap segments, not to mention the ‘Big Bang’ theme – a right tongue bender – which they rattled off in fine style. They made it sound so effortless.

We heard some of the songs from their newest album, Silverball – ‘Duct Tape Heart’, ‘Narrow Streets’, – along with some old favourites – ‘If I had a Million Dollars’, ‘Old Apartment’, ‘Brian Wilson’. ‘Pinch Me’ was performed with Colin Hay rejoining them, returning the favour for their backing of his ‘Who Can it Be Now?’ a few songs earlier. This tour pairing was inspired.

‘One Week’, arguably their most well known hit, was played towards the end of the set but it was the now traditional ‘Barenaked Rap’ – an end piece that changes based on current fads and popularity – that had the audience rolling, taking segments from various popular songs (including ‘Let it go’ from Frozen, ‘Uptown Funk’ and ‘Shake it off’), along with deadpan dance routines to match.

A short break later, there was all change on stage for the encore. Ed took the seat behind the drum kit and Tyler Stewart stepped forward to shake us all down with some rock n roll, ending with a cover of (aptly) Led Zeppelin’s ‘Rock and Roll’ – along with a pretty competent drum solo from Ed at the end.

Really, it was a sad moment when it was all over and if I could I’d do it all over again. Finally seeing Colin Hay made my evening, the Ladies were the cherry on top. 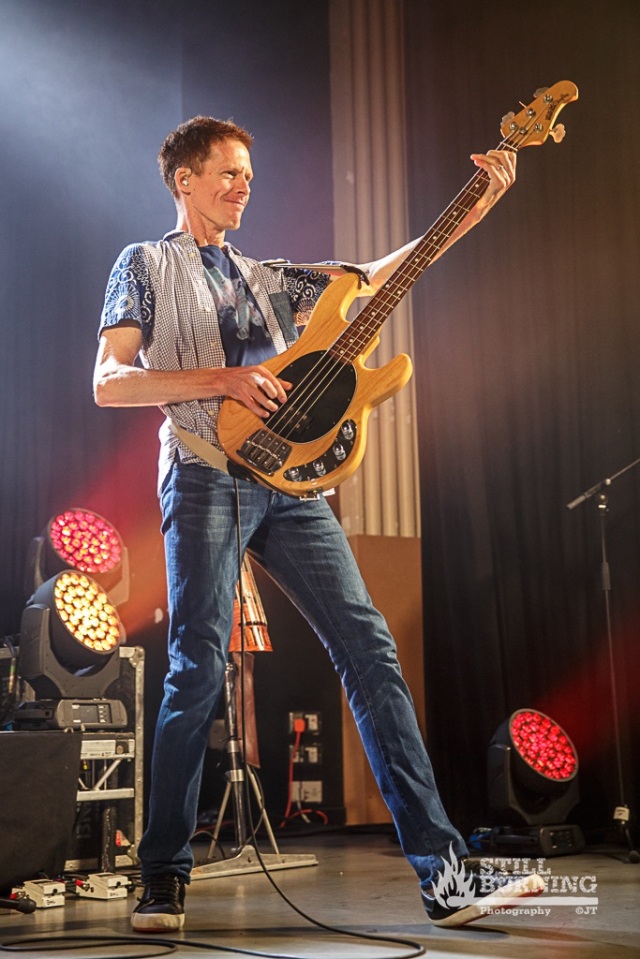 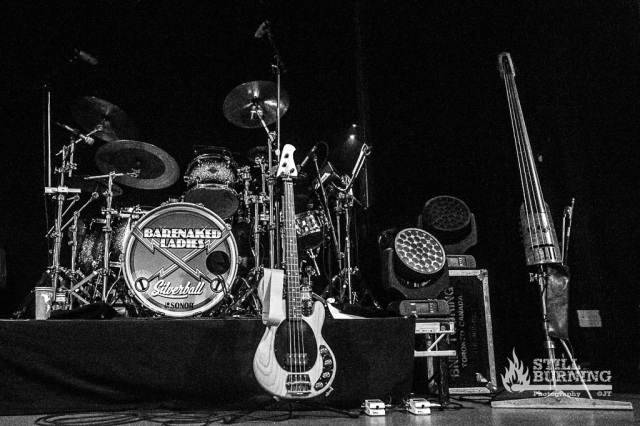 Words and pictures by Dark Secret.