Back at The Lemon Tree for the second time in a couple of weeks, Still Burning takes in Adrian Edmondson and the Bad Shepherds, supported by local singer/songwriter Myke Black. Its turns out he’s pleasantly surprised by what he saw (and heard), here’s his account of the evening. 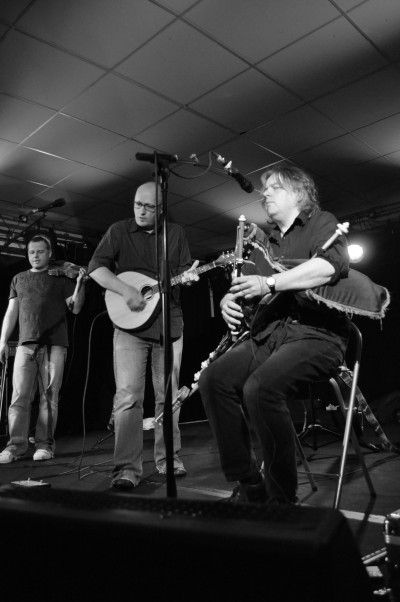 We get an early kick-off again tonight with the doors opening at half past seven and Myke Black taking the stage at eight o’clock. One thing has totally taken me by surprise, the size of the crowd, and how early they’ve arrived. It’s a great opportunity for Myke to ply his work to a sizable audience, and they generally give his guitar and vocals the (quiet) respect they deserve, it must be so good for local artists when they nail a support slot such as this. We get a seven song set in his half hour on so, the highlights for me are the brilliantly titled Save It For the Record, I Know that you Know and set closer Street Music. I believe Myke has an album, Nice Little Earner in the making so hopefully we’ll have that to look forward to shortly. I also noticed that he’s supporting Pearl and the Puppets at The Tunnels on the 25th of September so a nice chilled evening of music to look forward to there as well.

No drum kits to worry about swapping over tonight so it’s not long before Adrian Edmondson and the Bad Shepherds appear. Adrian Edmondson himself takes centre stage and plays the mandolin and is the main vocallist throughout the evening. To his right we have Andy Diner, twice winner of the All-Ireland Fiddle Championship (apparently!) who moves in and out of the song focus as a master fiddler can. On Adrians left we have Troy Donockley, who helps out on vocals when he’s not busy with his whistles, cittern and uillean pipes.  So, that’s the theory… but what happens when it all comes together? 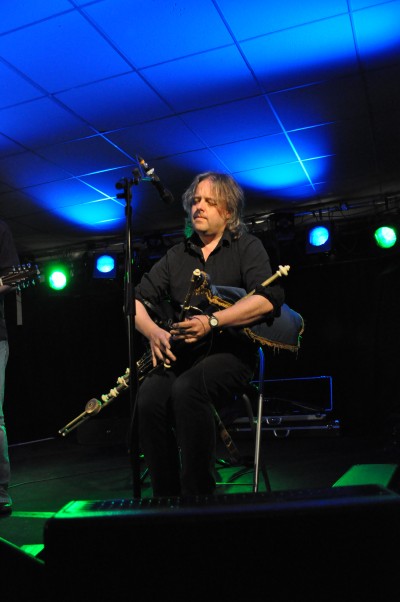 I’m instantly taken into the fold with the opener of “Anarchy in the UK”, I hadn’t really known what to expect and being a fan of this song (and many of those that followed) I couldn’t help but be thrown a little bit. There’s pauses when there should be words, there’s almost spoken words when there should be angry, spitting words but hey, there’s no rules is there? I’m looking forward to what comes next already.

Clash fans get “I Fought the Law” and I’m stunned by one of my favourites, “Whole Wide World” (by Wreckless Eric) following it. There’s just something likeable about all this for me and I look around and see lots of the large Lemon Tree crowd mouthing the words, well, at least trying to, as you have to adjust to the (new) pace of the songs. “No More Heroes” reaches for the memory bank again and even ol’ Morrissey gets a shake when the chorus of Hang the DJ creates “Panic” in the venue. Not actual panic. Obviously.

All the time Andy and Troy have their instrumental highlighted moments of this performance although Adrian himself more than justifies his presence. “The Model”, “Up the Junction” and then, wow, we have “Ace of Spades”, have those two tracks ever followed each other before? Back to 77 and its “God Save the Queen”, a Ramones melody (inc Hey Ho!) and then Mr Lydon’s “Rise”.

Not having looked at their previous work, nor the cd for sale (aye, I bought one, and yeah, muchly recommended), and the in-between song banter being kept to a minimum, it’s almost like a `guess the song` evening. For me at least, not too many of the songs are obvious until the lyrics kick in then you go…. `ahhhhh, that’s it!`. Something for The Jam fans next with “Down in the Tube Station at Midnight” followed up by “The Sound of the Suburbs” and then The Specials “Friday Night Saturday Morning”. The set finishes with “London Calling” and “Making Plans For Nigel” before we’re treated to an encore of what I think was a melody lasting over twenty minutes or so which had the Talking Heads “Once in a Lifetime” and The Clash’s “White Riot” threaded through it and featured some stunning fiddle work and even some lively jigs within the crowd.

A very different, but yet highly enjoyable evening. Great songs, with a wicked twist of pipes and wood. Sorted.   Still Burning. 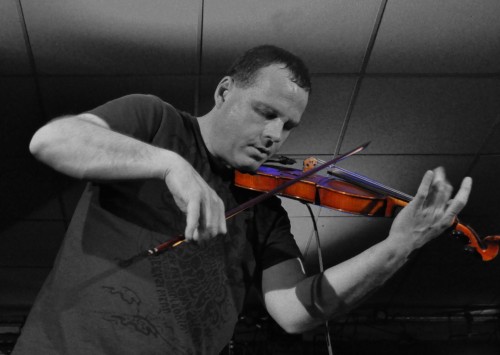