It’s about time we got back in the fns interview saddle, so what better way to start than the first of three bands playing Episode #4 at Downstairs on Saturday, meet Dundee’s finest… Fat Goth.

So, tell us a bit about yourselves… who you are, where you come from and how did you get your band name?
“Hello there! My name is Fraser Stewart and I play guitar and provide vocals for the seminal rock band, Fat Goth along with my good chums Kevin Black (bass/vocals) and Mark Keiller (drums/percussion). We’re based in the city of Dundee and have been making music together for around 5/6 years now. The name was born purely out of desire for a ridiculous, yet amusing moniker for the band. Some people hate it, but we can only assume those individuals don’t have a sense of humour.”

Who are your main influences, obvious or otherwise?
“Predominately loud, aggressive, exciting and weird rock music is something we enjoy a great deal and has had a massive influence on what we do, but music is a broad church and we love just about all of it! We’ve ripped off a great deal from the likes of The Melvins, The Jesus Lizard, Mastodon and numerous Mike Patton-related projects in the past, but nowadays we’re listening to older stuff in the classic rock vein. Bands like Led Zeppelin, ZZ Top and Hendrix are having a big influence on the material we’re currently working on. It’s great fun mixing that in with the hardcore punk/metal vibe we’re perhaps known for, and we reckon the latest material is our best work yet. Hopefully other folk will dig it, too!”

What do you find the biggest challenge of being in a band? Or, what pisses you off the most?
“We’ve been quite fortunate in that we’ve yet to encounter any thoroughly unpleasant scenarios or situations while pursuing Fat Goth activities, so I’m afraid I’m struggling to think of anything in particular. That said, the continuing trend of local venues either closing or no longer having the right to host shows due to noise complaints from neighbours WHO ARE FULLY AWARE THEY ARE MOVING NEXT DOOR TO AN ESTABLISHED LIVE MUSIC VENUE is something I find utterly infuriating! Edinburgh’s music scene has been decimated because of this, and it’s worrying to see it beginning to spread elsewhere. The people who cause these closures along with the councils who don’t appear to give a damn about preserving and aiding the local creative community certainly receive a clear view of our collective middle finger.” 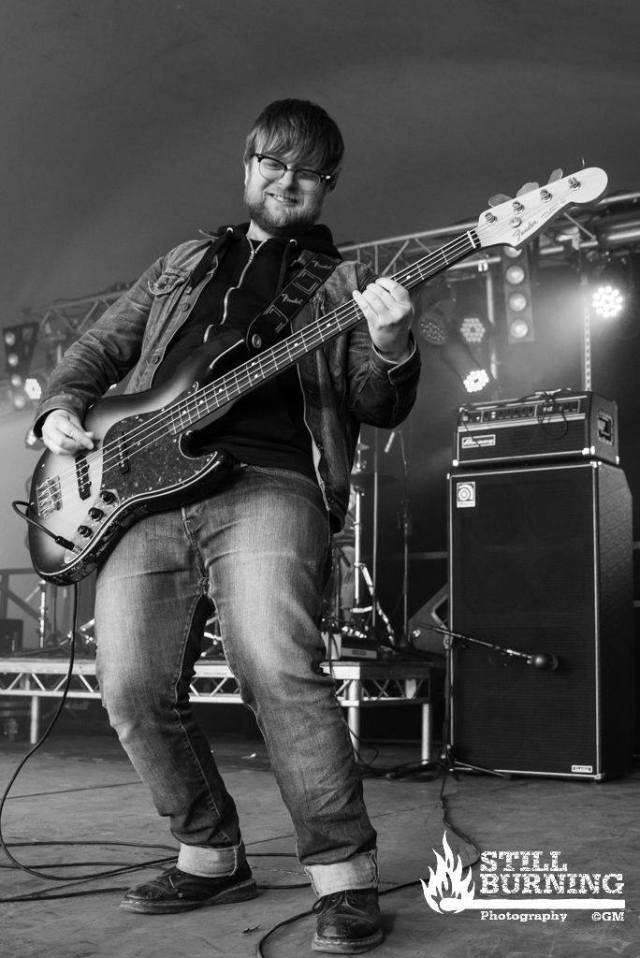 If you could make one thing easier for relatively small, yet progressive bands, what would it be?
“I’d say more venues and crowds to fill them. Nowadays we’re spoiled for choice when it comes to ways to entertain ourselves and I think live music is struggling to maintain the level of popularity it once had. It’s more convenient to conclude a long day by getting comfy on the sofa and watch a show on Youtube rather than going to the effort of actually attending a gig in town. That’s not to say it’s a decent substitute because it isn’t, but the lackadaisical and compromising attitudes of music fans all over is undoubtedly having a detrimental effect upon the venues and subsequently the local scenes.”

Can you put into words just how damn happy you are to be playing Episode #4 on Saturday?
“We’re extremely happy! It’s been approximately 2 years since we last played Aberdeen and we’re positively delighted Flares and Seagulls have been kind enough to invite us up, so thank you! We’ve always had a lot of fun playing Aberdeen.”

And for the rest of 2016, are there albums, EPs, festival appearances, world tours etc on the horizon?
“We’re currently writing album No. 4, and if all goes to plan we’ll be looking to enter a studio at some point this year. Aside from that we’ll just be playing wherever and whenever the opportunity presents itself.”

Any ambitions as a band, sensible or otherwise?
“We’re all in our 30’s now with full-time jobs and rent/mortgages to pay, etc. We play in the band purely for our own entertainment and harbour no ambitions of treating it as our main source of income. To be honest, I don’t think the music we make would be any good if we did. The fact is we already consider Fat Goth a major success; we’ve released 3 albums and 3 EPs, toured the UK on numerous occasions, shared stages with some incredible artists, met some truly excellent people and generally had an amazing time of it! I certainly didn’t expect anything to come of us playing in a band in the beginning, so to experience all this stuff continually blows my mind. I consider myself very fortunate and if we can continue to write, record and play live then I’ll be very happy indeed!”

Your favourite music festivals, to play or attend?
“I think we prefer playing the smaller festivals. The likes of T In The Park are a good laugh, but given events like that are catering for mainstream tastes, I always feel out of place and have zero interest in the majority of the line-ups. The likes of Belladrum, The Wickerman and Electric Fields are usually more eclectic and are generally friendlier environments. We played the first Arctangent festival in 2013, which is a left field rock/metal/weirdo music festival near Bristol, which was incredible! There was so much good stuff on offer and to see it grow in popularity over the following years is very encouraging! We’d very much like to go back and play there again!”

If each band member was a film or tv show character who would they be?
“Mark would be Patrick Bateman, I’d be King Joffrey and Kevin would be Buffalo Bill.”

Vinyl, cd or download?
“As long as people are listening and enjoying our stuff, I honestly don’t care what format it’s in. That said, I’ve been getting into my vinyl a great deal of late and I’d love the next Fat Goth release to be available on wax. Time will tell.”

I think the current Scottish music scene is as strong as it has been for a few years, your thoughts on that?
“Like I’ve already mentioned, the increasing closures of venues is something I find deeply troubling, but the creativity in Scotland is just as great as it’s always been! As a nation we have an embarrassing wealth of musical talent.”

Which bands from your manor should we keeping an eye out for? And acts from outwith your region?
“Dundee has always punched well above it’s weight in terms of creativity, and what it may lack in venues it more than makes up for with bands and artists playing truly excellent music! There are simply too many to mention here, but we’re good pals and big fans of The Sparrowhawk Orkesteral and The Shithawks, so I recommend folk check them out. Outside of Dundee, we adore Edinburgh noise mongers, BRITNEY.”

Your five desert island tracks?
“I’ll let the other two answer this. Mark has chosen ‘Battery’ by Metallica and ‘Good Grief’ by the Foo Fighters while Kevin has gone for ‘Little Fury Things’ by Dinosaur Jnr, ‘R.E.S.’ by The Cardiacs and finally ‘Station to Station’ by David Bowie.”

And finally, your favourite flavour of crisps?
“Tyrells’ Cider Vinegar and Sea Salt efforts are outstanding!”

Thanks for your time Fraser, and we look forward to seeing you all on Saturday. You can find Fat Goth on Facebook and hear them on Bandcamp.