The Soundtrack to Your Life – Godzilla Blues

First Record You Can Remember – As a kid I had an album of songs from assorted Disney films such as The Jungle Book, Robin Hood, Peter Pan, etc. It was ace.

First Record You Bought – This is actually something that I am a bit unsure of as there are some early 7” singles I obtained as a young lad  but that I’m fairly certain were kindly bought for me by my parents or grandparents.
I’m pretty sure the first thing I actually used my own money to buy was a cassette of ‘The Rise and Fall’ by Madness.

Record That Reminds You of School – Feeding of the 5 Thousand by Crass. I played it in our 5th year common room and it went missing. I later found out that it had been hidden in the roof space to stop it being played ever again!

Record You Fell In Love To – I’m afraid I’m totally unsentimental about such things…. 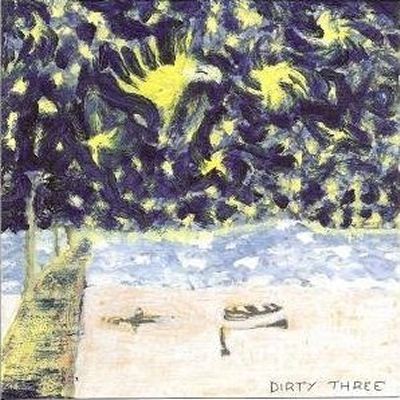 Heartbreak Tune – The whole of ‘Whatever You Love You Are’ by Dirty Three gets my melancholic side going…’Hurt’ by Johnny Cash as well.

Record That Evokes The Greatest Summer Of Your Life – I actually can’t think of any particular summer that qualifies as the greatest of my life, but I was a regular at T in the Park for the first few years before my offshore rotation prevented me attending and I can remember particular years being enjoyable by bands who played.

The first ever TITP always sticks in my mind, I went with a few mates and there were a few moments that stick in the mind – Rage Against the Machine headlining the main stage on the Saturday night, a tent appearance by House of Pain with much audience bedlam, Oasis playing in a tent before their first album was actually out – I always remember a toilet roll flying straight at Liam Gallagher’s face and he just dodged it at the last minute, a few years later that would probably have led to a walk-off situation but had no effect at that point! We then went on a trip down to Keswick in the Lake District and onto Blackpool, the Beastie Boys is another key part of that summer musically as ‘Sabotage’ had come out and we had that going in the car a lot.

I stopped going to TITP for quite a few years but last time I did go about 5 years ago with my now wife was a great one, lots of good bands played but it sticks in the mind for me and my missus wandering about looking for something to see after Ian Brown proved disappointing on the Saturday night, we eventually decided to catch the tail end of The Prodigy set on the NME stage – they played ‘Out of Space’ and we just drunkenly danced about like fools during one of those gorgeous rubbish-strewn sunset periods you get at TITP when the weather suits.

Record That Inspired You To Form A Band – I’m afraid I have always been a band ‘joiner’ rather than ‘former’! I always wanted to play drums in a 60’s style garage punk band as documented on the ‘Nuggets’ compilations but it has never happened.

Record For A Night On The Tiles – ‘Orange’ by Jon Spencer Blues Explosion or a Beastie Boys compilation.

Record Guaranteed To Get You Dancing – ‘Superstition’ by Stevie Wonder.

Karaoke Classic – I have a habit of doing ‘My Way’ by Sex Pistols. See also ‘Whole Lotta Rosie’ by AC/DC (I actually scooped a karaoke prize in Yates’ one night when I was in there with some offshore colleagues, was amusing as the place was full of those professional karaoke folk doing ‘Black Velvet’ etc, didn’t look too pleased that they awarded it to me for ‘being different’…), ‘Last Night’ by The Strokes, ‘Sweet Caroline’ by Neil Diamond and ‘Folsom Prison Blues’ by Johnny Cash. On my first date proper with my now-wife I for some reason thought it would be a good idea to round off our tour of Stonehaven drinking establishments by having a go on the karaoke. Why I chose ‘Funky Cold Medina’ by Tone Loc as a suitable effort is anyone’s guess. She has often stated that she considered walking out but also thought it showed I was game for a laugh, guess it was lucky for me she chose the latter!

Most Prized Record In Your Collection – I have a good Roky Erickson collection, some of which is quite hard to get.

Most Embarrassing Record In Your Collection – For some reason I have All Saints first CD.

Most Reviled Song Ever – I have a few – ‘American Pie’ by Don Maclean,  ‘Brown Eyed Girl’ by Van Morrison, ‘Angels’ by Robbie Williams…my most recent I think has to be ‘Chelsea Dagger’ by The Fratellis, that brain-dead duh dur-dur-dur chorus just drives me insane.

Most Surprising Discovery – As mentioned before I hate ‘Brown Eyed Girl’ by Van Morrison so I had studiously avoided his solo stuff (I quite liked a bit of Them), but I needed a 4th CD for a 4 for £20 deal in One Up one time so plumped for ‘Astral Weeks’ to see what the fuss was about and I actually liked it…

What’s On The Hifi Right Now? In the car it’s Bruce Springsteen and the E Street Band ‘Live: 1975/85’.
On my iPod as we speak it’s Scarlett Johansson – ‘Anywhere I Lay My Head’.