The Soundtrack to Your Life – C.J Monk  – Tragic City Thieves

First Record You Can Remember – Baba O’Reilly – The Who
My dad used to play The Who in the car when I was a wee guy and I remember this tune especially. The cool synth bit at the start is just amazing, its cool how it just keeps playing pretty much through the whole song and always kinda fits. When the big powerchords come in too its just massive.

First Record You Bought – Trainspotting – Soundtrack
A pretty cool first buy I think, although I did go on to buy a lot of shit records afterwards. You’ve got Iggy Pop on there and obviously Born Slippy by Underworld which was a massive tune without actually being massive. I don’t think it done too well in the charts but just seemed to be playing everywhere for a while. Cracking tune. Temptation by New Order is also class. I love New Order I think they’re better than Joy Division. The art rock elite will kill me for that!

Record That Reminds You Of School – The Bends – Radiohead
I got so into The Bends when I was at school, it seemed like I was the last person to like Radiohead for some reason. Everybody was ranting about OK Computer, but to be honest I think The Bends is the best Radiohead has ever been. It mixed the experimental side they expanded on with Ok Computer with the raw almost grungy feel of Pablo Honey. They are just a totally different band now, I’m not crazy about the new stuff but, with a record like this, I’ll always have a soft spot for them.

Record You Fell In Love To – Rollin – Limp Bizkit
I should really say something cooler but this was it. My first proper girlfriend when I was like sixteen listened to Limp Bizkit all the time, I was like a little confused spotty kid with too many hormones jumping about. She dumped me after a few months, no luck. Now when I hear Limp Bizkit I think of her…. and turn it off.

Heartbreak Tune – I Will Survive – Gloria Gaynor
Even though this tune is kinda written for women, I think it can be equally empowering for guys and gay folk or whoever. It’s a really cool song. It’s not very often you get a total floorfiller of a disco tune with such touching, heartfelt lyrics about getting on with things and moving on from someone. Very slick.

Record That Evokes The Greatest Summer Of Your Life – This Old Heart Of Mine – Delroy Wilson
This is a totally summery song. I love Delroy Wilson and his music is so warm. This song makes me wanna lie on a beach on a cracking summers day. A great chillout tune.

Record That Inspired You To Form A Band – Nevermind – Nirvana
This record speaks for itself. It lit a fire in my head the first time I heard it. I pretty much borrowed it from a friend and had it for about 3 years before I went and bought it. People read too much into Nirvana and don’t pay enough attention to the music. This is a great Rock n Roll Record. Buy this and ditch the Kurt Cobain suicide letter t-shirts. 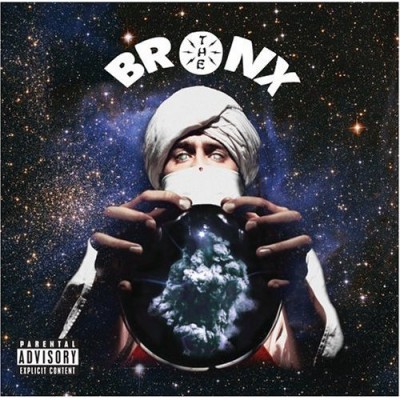 Record For A Night On The Tiles –  The Bronx – The Bronx
If you wanna jump about and get off your head, as I sometimes do, I stick on The Bronx. It’s a good record to put on the ipod if you’re late and in a hurry. You will immediately walk faster and feel pumped up. I’ve seen them a few times live and they never disappoint.

Record Guaranteed To Get You Dancing – The Power of Love – Huey Lewis & The News
I may sit drunk all night falling off my chair oblivious to all around me but stick this song on and I will spring into life and become 70’s era John Travolta. Then I will become present day John Travolta and get into my plane and fly away.

Karaoke Classic – Folsom Prison Blues – Johnny Cash
I have only done Karaoke once and it was this song I sung. During which I dragged a chair onto the stage and sang most of the song sitting down, then during the instrumental break I began talking to the crowd about Johnny Cash. The Karaoke guy cut me off mid song and told me I wasn’t allowed to do that. I ain’t a big fan of Karaoke anymore.

Most Prized Record In Your Collection – London Calling – The Clash
I could probably listen to this anytime no matter what mood I was in. Joe Strummer is my hero and I just love The Clash. There’s such a rich mix of so many different types of music influencing each song. Probably my favourite record ever.

Most Embarrassing Record In Your Collection – No Angel – Dido
I ain’t really that embarrassed by any records I bought but this is just total shit. I liked the song ‘Stan’ by Eminem and heard it was a sample of a Dido song, I bought the album and listened to it once I think. I bought a Corrs album too when I was in school cause I really fancied the singer chick.

Most Reviled Song Ever – Brown Eyed Girl – Van Morrison
I quite like Van Morrison but this song does my head in. It’s actually a pretty good tune to be honest but after hearing it about a thousand times at shitty parties, drunk middle aged woman vomiting along to it, butchered at every crap Karaoke pub, I’d pay you not to play this song ever again.

Record Guaranteed To Clear The Party – The Mercy Seat – Nick Cave and The Bad Seeds
This tune is probably a bit too intense for most people at 5 in the morning, hearing a song about getting the electric chair. Personally I’d be right into it. Maybe the right tune to tip it over the edge a bit or could maybe be used as a filter to get the lightweights out of a party and leave the hardcore folk. Reward them for staying with Disco Inferno maybe?

Last Record You Bought – Payin the Dues – The Hellacopters
I love the Hellacopters and almost bypassed this gem after buying all their other stuff. It’s a good dirty rock n grunge record.

Most Surprising Discovery – Ladyhawke – Ladyhawke
I heard a Ladyhawke song a while ago and didn’t like it, then I was messing about on YouTube and checked out more of her stuff. I ended up buying this record and I think it’s amazing. Total top class pop music.

Favourite Record Cover – Scandinavian Leather – Turbonegro
It’s a kinda skull snake eating its own tail. It’s very cool looking and also very dark. It could be perceived on so many levels but I like to think of it as a symbol of rock n roll and self-destruction. Kinda like sacrificing yourself in the name of beauty and art. It’s by Klaus Voorman who also done the cover of ‘Revolver’ by the Beatles and played bass for Manfred Man. Cool guy indeed!

Record You Would Like Played At Your Funeral – You Can’t Put Your Arms Round A Memory – Johnny Thunders
It’s my favourite song and I want everyone to cry and miss me. It will feed my cold dead ego.

What’s On The Hifi Right Now? – Smell of Female – The Cramps
“This ones dedicated to all you Gucci bag carriers out there, its called You Got Gooooooood Taste!”

Tragic City Thieves play the Moorings Bar on Saturday 22nd of May.