While Still Burning ponders over a little reorganising of the sections on FnS to properly accommodate a release section, Godzilla Blues gets his contributions total up by submitting his opinions of Bottle of Evil, Deathpodal and Katerwaul recordings. 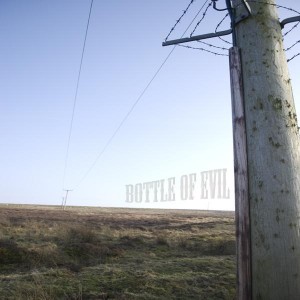 Bottle of Evil is collaboration between two musicians from Lanarkshire, Derek Bates and Steven McGilvary, who have been involved with their own solo projects for some years and have now embarked on this self-released joint venture, named after their individual monikers Evil Hand and Bottle of Steven.

The music is a mixed bag, part-shoegazey effects driven guitar pop in the vein of Spacemen 3/Spectrum complete with rather mumbly vocals, part acoustic guitar/drum machine stuff reminiscent of Arab Strap/Malcolm Middleton (this seems to be a consistent reference point for me at the moment…can’t help it, this is the first thing that comes to mind. Maybe I need to stop listening to Arab Strap so much…).

I’m a bit divided in opinion really, it’s pretty well recorded and I quite liked the Spacemen 3 styled ones but wasn’t so keen on some of the more folky tracks, the drum machine at times made everything a bit artificial sounding. I think possibly there is almost too much variation in styles going on and a shorter set of songs in a more consistent style would have worked better for me. Since I was half and half with the music, scoring reflects this… 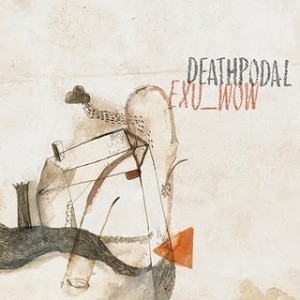 Deathpodal is the solo project of Al Chivers, who used to be in Masamune, a band who were knocking around in the mid-2000’s-ish but who I never discovered until after they had split up, which is often the case with me. An infrequent meander around my little-visited My Space page and contacts found this CD for sale so I decided to give it a go. The cover credits reveal the involvement of several ex-Masamune folk who also do their thing with local boys Copy Haho/Project VenHell. When I saw Deathpodal live a few years back it was just Al and acoustic guitar, played with little regard for the fact it was an acoustic. Kind of like Michael Gira but with more tunes. This CD however seems to be almost Masamune revisited; opener ‘Robert’ starts off quite atmospherically with occasional parps on what sounds like a melodica before cranking into a style which bands like Sonic Youth have made a career of, all slightly off-sounding guitar tunings and the like. The rest of the CD ebbs and flows around this style. Last song ‘There is a Diagram For This’ ends with a bit of guitar dissonance before descending into a few minutes of piano plinking and random guitar chords which to be honest finished the EP on a bit of a down-note for me, felt a bit indulgent and unnecessary. Not a bad release overall though. 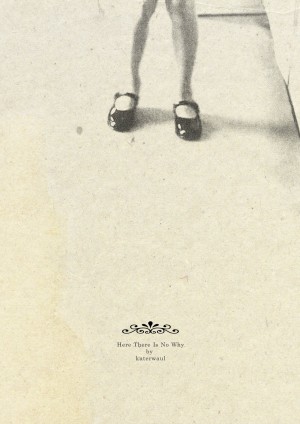 Katerwaul – Here There Is No Why

Katerwaul are a band based in and around Aberdeen who have been steadily gigging and producing self-financed recordings for the past few years. I’ve caught them live a few times over the past while, often because I have been playing in bands who have shared a bill with them, and I’ve always enjoyed watching them. They appeal to the parts of me who enjoyed the ‘shoegazing’ bands of the early 90’s (Ride; Slowdive; Swervedriver) as well as my love of ‘post-rock’ bands such as Mogwai and Godspeed! You Black Emperor.

After the last time I saw them I managed to obtain a copy of this, their latest release on their own Pessimist Records. First thing to note is the packaging – the standard CD jewel case packaging has been bypassed in favour of a small booklet with the CD being mounted inside the rear cover. The paper used is good quality and it’s quite admirable to see something so lovingly presented, the artwork is obviously something that the band take as much care of as the music within. It’s a total ball-ache in terms of storage of course…the artwork itself is largely black and white landscapes superimposed with skeletal line sketches of children and families looking happy but in a slightly unnerving and ghostly fashion. I am interpreting this as depicting some sort of a contrast between the joy and innocence of childhood with the heartbreak and loss of later life but I’m sure more learned types may correct me…..

Seeing them live, it is often difficult to tell where one song has ended and another begun as they tend to perform lengthy songs involving several component parts and a set may only involve 4 songs in total but of course a recording removes such ambiguity.

Across the 10 songs contained on the album, the general tone is pretty bleak, with songs of death and heartbreak being the consistent theme – not an album to put on to cheer yourself up (not an issue for me as my music collection veers between glum and positively morose). The music itself is quite beautiful, ebbing and flowing like the best of early Sigur Ros – there are also similarities with this Icelandic band in singer Tim’s vocal style, which has a plaintive quality which also at times recalls Thom Yorke.

The recording is of a decent quality and the packaging is decent, but I do have to say I find it a bit overlong and samey and possibly cutting the number of songs may have alleviated this slightly. If you like post-rock you will probably like it, if you find that particular genre dull and generally pretentious, I would avoid.