Destroy All Monsters No2 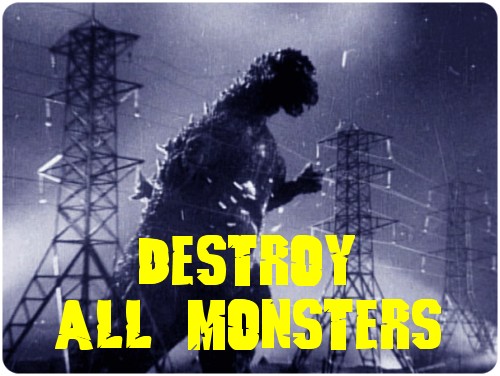 An Appreciation of Tom Waits

In terms of male singer songwriters who have been around for a significant period of time, I always feel that one artist seems to be somewhat neglected in favour or Bob Dylan, Neil Young and Bruce Springsteen – Tom Waits. Is it because his appeal is far more selective than the others, with his gravel-like vocals just rubbing folk up the wrong way? Or is it the inherently variable nature of his music that puts people off? After all some albums can veer wildly between ballads, demented blues and polkas…I don’t believe that it is purely down to his vocal style, after all both Dylan and Young have vocal styles that could be described as ‘an acquired taste’. Perhaps it’s as simple as the fact that his profile has just never reached the scale of the others in terms of more mainstream sensibilities; after all, his songs have only come within spitting distance of major chart action when in the hands of others – Rod Stewart in particular had some of his biggest late period successes by way of ‘Downtown Train’ and ‘Tom Traubert’s Blues’, and chances are that a lot of people familiar with those songs won’t realise they were written by someone else.

I distinctly remember the first time I heard Tom Waits – back in the 80’s, music magazines often gave away free music in the form of a 7″ single. As a young man who had little in the way of disposable income to spend on music, such items were invaluable acquisitions, with each record typically having 2 songs per side. I came into possession of one such single by way of a magazine, I forget which, and featuring on one side was a song called ‘Downtown Train’ by Tom Waits. I had never heard the name before but it seemed pretty unremarkable and this being the 80’s immediately brought to mind a variety of male solo artists who plagued the charts with god-awful musical offerings. On listening to this song, it started off with quite a gentle guitar riff that didn’t seem too out of place for the period, then the growling vocal came in, kind of reminiscent of Springsteen during the verses but becoming something else during the chorus, a curious style that I had no frame of reference for and made me wonder what the man looked like (bear in mind that pre-Internet such information wasn’t readily available to those of limited means). I listened to the song often but it wasn’t till a few years later that I actually investigated Tom Waits further. I was now in employment and so had a bit of spare cash to spend on music, I could usually cope with an album or 2 a month…my chosen format of the time was cassette as I had become a driver and had a cassette player in the car. Browsing the tape section of the old Virgin store on Union Street I came across a few albums by Tom Waits, I don’t recall exactly which ones but I plumped for ‘Rain Dogs’, namely because the aforementioned ‘Downtown Train’ was on it. On the way home in the car I gave it a spin and was immediately in thrall to the contents with strange songs played on a wide range of instruments and an amazing array of freakish characters and tales populating the songs. My girlfriend of the time opined that it ‘sounded like Disney music’ – there is actually something in that, as a kid I had an album of music from ‘Bedknobs and Broomsticks’ that I recall having some similarities.

After that I gradually collected up all his older albums, starting with the predecessor to ‘Rain Dogs’, ‘Swordfishtrombones’, and religiously purchased every new release he came out with. It was on going backwards through his pre-‘Swordfish…’ albums that my admiration for him grew – it actually marked a dramatic change in style to his previous work and if anything he has grown progressively weirder in his releases to date – his last set of wholly new material ‘Real Gone’ featured heavy use of ‘boom box’ style vocals to build up rhythm tracks. In a world where most artists grow less experimental with age (Scott Walker being another notable exception), it is nice to see someone pursuing their own determined vision with no concessions to such vagaries as chart success and record sales.

His last few releases have been on Anti Records a sub-label of punk imprint Epitaph, which seems kind of fitting – although the true definition of ‘punk’ is much debated, to me Tom Waits has the quality of a true ‘punk’ – one playing against the established ‘rules’ and following their own instincts. 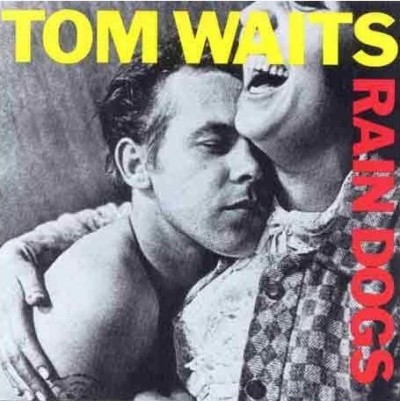 I finally managed to catch Tom Waits live on his last tour at the Edinburgh Playhouse. Tickets were a shade off £100 each, anti-touting measures were tipping towards the paranoid (Names of ticket holders printed on ticket backed up by need for credit card that booked tickets to be shown along with photo ID!) but it proved to be a mostly satisfying experience. My darling wife joined me in attending but only disclosed she had never actually listened to his work in the pub just before the gig – I had assumed she had investigated my Waits collection at some point in the past – and as the first song began and that familiar voice barked out the first lines she actually laughed….happily she was soon enjoying the show and we even reached the stage that she wanted a Waits song included on our wedding DVD…sadly that idea was nixed as we couldn’t find an appropriate place for it, but we did get Mogwai and Nick Cave in there…

Personally I would start with where I began – the loose trilogy of ‘Swordfishtrombones’, ‘Rain Dogs’ and ‘Frank’s Wild Years’, ‘Bone Machine’ and to investigate the earlier period, ‘Small Change’, ‘Blue Valentine’ and ‘Heartattack and Vine’.  His albums are rarely out of print for the main part and One Up probably have his albums in ‘2 for £10’ deals so for 20 quid you could probably get a decent cross section. More casual interest could cover the different career periods with ‘Used Songs 1973 – 1980’ and ‘The Island Years’.

Mike Patton first entered my consciousness via his appearance as the new vocalist for Faith No More on ‘The Real Thing’ album and its huge hit single ‘Epic’. At that point he could have been a Red Hot Chilli Pepper with his long hair and wacky clothing. By the time of the next album ‘Angel Dust’ he had short slicked back hair, a goatee, better clothes and an eyebrow ring, the music had got weirder and tales in the music press were of his scatological interests, tipping bottles of piss over himself onstage and filling hotel hairdryers with shit. FNM managed a few more albums with various members leaving along the way before they imploded. Patton has since become a very prolific artist with a seemingly endless number of projects, from the bizarre avant-metal of Fantomas, slightly more straightforward rock of Tomahawk, Peeping Tom, performing the creature vocals for Will Smith movie ‘I Am Legend’, soundtrack work on ‘Crank 2’(!!) and now ‘Mondo Cane’, which features cover versions of Italian pop songs from the 50’s and 60’s. It’s mostly straightforward stuff as well and will probably prove bizarre to those expecting the screams and turmoil of Fantomas…the music could be the non-Western work of Italian soundtrack maestro Ennio Morricone but the vocals are recognisably Patton, singing in Italian.

‘Red Talk’ by Seagull Screaming Kiss Her Kiss Her

Working in the City Centre often leads me to browse some of the charity shops in search of hard to find CD’s, DVD’s and books. I’ve found several bargains over the years and this CD was uncovered for the grand sum of £2.99. I’ll admit here that I had not heard of them but the name was eye catching and 2 Asian girls striking rock goddess poses on the cover also intrigued me enough to spend the few quid. It’s quite good actually, somewhere between Sonic Youth and Hole with a Japanese spin. It turns out they have been on the go for years and have an extensive back catalogue which I shall avoid trying to investigate further, some of the Amazon prices are a bit rich for my blood, maybe some more 2nd hand efforts…