I’ve just spent an amazing couple of hours doing my ironing. “How can this be?” I hear you cry. “Ironing is boring and unnecessary!” Well, maybe so, but in this instance it wasn’t the activity that was amazing but the soundtrack to it.

I have just played The Cure’s first two singles compilations – Staring At The Sea and Galore – back to back. Clocking in at just over two hours and some 35 songs, it’s a breathtaking body of work. I’m not gonna go through what’s on there. You all know, or should do at least. They’re the singles for fucks sake. Some pre-hits, a handful of actual bona-fide hits but a whole shedload of shoulda-been megahits.

And this from a band I always considered to be an “albums band”. I don’t know why. The first record I owned by them was the Three Imaginary Boys LP and that’s how it started. Of course I went back afterwards and bought the early singles (and subsequently sold them later for alcohol and speed when I was on the dole). I bought a few of the middle period singles too which I’ve probably still got in my archive boxes in the loft. But every album got purchased in the week of release and still holds a place in the record shelves in my back room. That was just how it happened.

And those two compilations appeared in the shelves in much the same way, as albums. Admittedly ones which rarely got an airing. Why would you when you have the dark, claustrophobic sounds of Pornography or the abstract jazzy tinges of The Top or the sprightly skewed pop of Head On The Door? Nah – they were there for the sake of completion in the main. Until tonight.

The “albums band” were a revelation to me tonight. Within these 35 tracks there is such a wealth of different sounds and styles at play. There’s blues, there’s calypso, there’s jazz, there’s grunge, goth, psychedelia, indie, punk, everything yet it’s always unmistakably, unequivocally The Cure. And do you know something else, there are no duffers. Absolutely none. Sure, things tail off ever so slightly towards the end of the second volume, some of the wild eclecticism and abandon present in the earlier recordings has dissipated by the end but it’s 35 songs we’re looking at here. And you have to consider that the songs here span a 19 year period. How much does a band change over that time frame? Christ, how much do we, the listeners, and the very music scene around us change over that time frame. No, I believe this collection could go toe to toe with ANY of the “great” singles artists of our generation – The Kinks, Buzzcocks, Madness, even The Beatles – and give a good account of itself. Why not give it a try today.

Here’s to Fat Bob and his merry band of whimsical dream weavers. 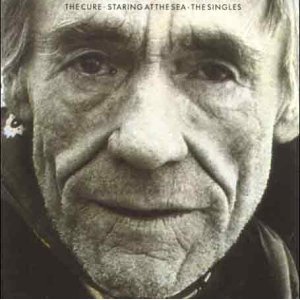